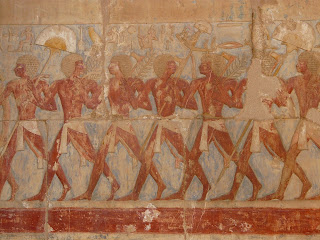 First of all, let me start off by saying that in this post, I am using the traditional definition of karma.  That is, an imbalance in the energy flow and interaction between a person and another person, event or activity.  This imbalance can carry through to this lifetime and may need to be rectified in the here and now.  Of course, when one takes the bigger picture view from one’s higher aspects, there is no karma, only experience.  That, however, may not help a person who is embroiled in a dysfunctional relationship that has carried over from past experiences or lifetimes!

Part of the Quantum Sphere Healing session can involve clearing the karma that a client has with another person, thus the person to person karma clearing protocol.  It must be understood that this is a one way street from the standpoint of the client.  It does not mean that the karma is cleared in both directions, as the other person in question may have different past life issues with the client.

In addition, we humans are biochemically designed to gravitate to those with whom we have the greatest baggage, or karma.  Most often, these are the people who are the closest to us, including genetic relatives, partners or close friends.  When the particular lifetimes are uncovered through the QSH process, there is always murder and mayhem involved, in addition to themes like abuse of all sorts, abandonment, undue attachment to the other, grieving the loss of the other, competition and jealousy.

In general, there have been great shifts for the positive with my clients in regard to their dysfunctional relationship with the “other”.  I have had however several instances in the past few months where the shift in relation to the other was less than optimal.  What happened in those cases?  In addition to clearing the karma, which is a small aspect of the QSH session, there is always an “umbrella” or big picture issue at work.  That must shift in order for the clearing to be complete, and so that the client does not encounter the same situation with someone else further down the road.  It is also not productive for the client to line up all of the people that they have an issue with and do session after session to clear that karma.  It is much more productive to shift the umbrella issue that all of these people fall under.

In several recent cases, my clients ended up re-engaging with partners that they had cleared their karma with, and in another case, my client was living in the same household with the offending person, and the client was not able to make a shift to a more empowered state in the face of the other’s continuing antics.   Keep in mind that there should be absolutely no expectation that the other person will change their behavior.  The goal of this kind of work is so that the client can approach the relationship in a different and healthier way.  The person who has cleared the karma may become more empowered, or less sensitive to the other, or even choose to finally disconnect all together from that person.

It is important to remember that once the karma is cleared, if the lesson has not been learned and the client does make the appropriate shift, they start to generate new karma by consciously making the choice to recreate the relationship at issue. Of course, I am presenting a simplified version of how this works, but you get the idea.   If we want to leave this lifetime as free and unfettered as possible, generating more baggage or karma via the continuation of a dysfunctional relationship is counter to that goal.

On the other hand, I have experienced dramatic and rapid shifts for a client after we have taken care of a problematic relationship during a QSH session.  If you feel that you would benefit from this kind of session, feel free to contact me through my website at www.quantumstargate.com.