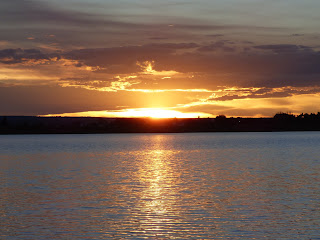 Yesterday, our launching group got together after many weeks of not meeting, mainly because of everyone’s travel schedules.  There was much catching up to do!  After all of the girl talk was finished and it came down to actually doing the launch, I had a very hard time coming up with a issue to gather information on.  It is interesting that as the group has evolved over time, there seem to be fewer and fewer burning questions to be investigated.  However, it’s always nice to get launched and just see what comes up, so that is what I did.  Bare minimum, the energy field and the physical body always get a rest during this process, so there is still something to be gained.

The first thing that I perceived after being sent “out there” was an endless expanse of a 3D grid structure that was made of a shiny metallic material.  Up ahead of me was a glowing, hot and fiery orifice.   This metallic structure was being drawn into the orifice.  As it got closer, it was melting because of the extreme heat, so that by the time it actually entered, it was a thick liquid form.

This liquid came out of the other side of the orifice, and through “intent” of some unknown origin, shapes started to form.  These shapes had just outlines, and they proceeded to morph and change in a very fluid manner.  There were no corners, angles or sharp edges, only curved lines.  They could also shape shift into anything.  I watched one particular shape until it reduced down to nothing.  I then found myself floating in a blank void space.  Very interesting.

Here’s my take on this symbolic information.  The metallic grid represents the structure of physicality.  What would it take for our physical reality to dissolve altogether?  Perhaps the energy of great heat?  It could also represent rigid belief systems, behaviors or habitual and unchanging ways of dealing with life.  These structures do not change easily.  It would take a complete dissolving via fire or a very hot energy to dissolve them.  The phrases “trial by fire” or “dark night of the soul” come to mind.  In a lot of cases, life needs to get really bad before one is forced to make a change.

As far as the energy that was created as a result of the burning up of the metallic grid, I would like to label that “causal” energy.  In other words, the structure needs to be broken down into its very basic elements before something new can be created.  This is one of the laws of our universe.  Destroy, create, and destroy again.  Order to chaos to order.

Finally, the creation of the new structure that I saw was something totally different from the system that we live with today on the planet.  Whatever force was doing the creating was using a powerful intent to mold the causal energy into something that was fluid and easily changed.  And it could shape shift!  Imagine a world in which we could create at will.  How much fun would that be?

I think that the lesson here is that we can change any pattern that we are struggling with, whether it is emotional, psychological or behavioral.  We have the power to do this.  As far as changing the structure of our physical world, that may have to wait until we are true masters of our reality.  I know we can do that, too.  The ancient ones who walked the planet before the last big catastrophe around 13,000 years ago were able to mold and move huge megalithic stones with ease.