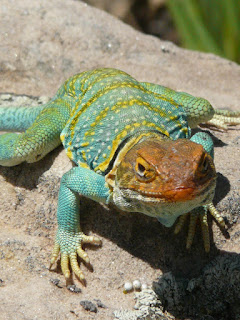 When someone posts a comment at the end of one of my blog posts, I receive an e-mail letting me know.  This past Wednesday, I received just such a notification.  When I opened the e-mail, I found myself reading one of the longest and nastiest comments ever.  It was in response to the post on Chakra Removal.  The commenter was slamming George Kavassilas and defending the dogma of several organized religions.  The grammar and punctuation was terrible, and I could feel hate oozing out of the whole comment.  On the very rare occasion when I get something like this, I do not even bother to read the whole thing, as I can intuit the tone of the message just from scanning it.  The hater‘s e-mail address was listed as “unknown”.   Clearly the person was trying to hide!

There was already a response to counter the hater’s comment, so I made note of that, too.  As I did not have time just then to respond, and needed a chance to think about a response anyway, I just let the whole matter go until later when I had time to do something about it.  I also at that point went on to the blog and saw the comment at the end of the long list from the Chakra Removal post from February 2013, so it had certainly shown up there.

Here is where it gets spooky.    Later that evening, I went back to formulate some sort of response, and the long nasty comment and the shorter one after that were nowhere to be found.  I still did have them in my inbox, but I couldn’t find them on the blog no matter which way I accessed it.  During the past 4+ years of writing, this has never happened before.  Even up until today, I have still been checking to see if the comments would show up in some way.  Not so far.

So, here are 2 explanations for this.  First of all, did some kind of time slip or jump to a parallel time stream happen?  Have you ever set down your car keys, then looked all over without finding then, only to find them in plain sight a while later in a place where you had already looked?  That was the feeling I had with this event.  Even up until now, I am still expecting to see those comments show up back on that post at some point.

The other alternative is just as creepy.  As you may know, Blogspot is run by Google.  Google is a huge data mining operation, and I am also fairly certain that all information that shows up on every one of Blogspot’s blogs is read and assessed by censors.  Could someone from Google have deleted those comments?  They were there originally, as I did see them.  I do not know how long the nasty comment was listed there, but there was about a 4 hour time lag between that and the shorter follow up comment.  I have read much worse on the internet, so why delete the comment?  Or, why not just delete the longer nasty one and not the shorter follow up?

Maybe there is a simple explanation like BlogSpot had a glitch in their system that day?  I may never know, but none of the above explanations are satisfactory to me.  In the writing style of the commenter, my response would have been “Watcha gonna do.  Haters gonna hate.”  Hee hee!!!