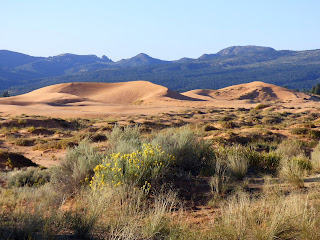 Before my hiking trip officially started on Sunday, I drove further west over to Kanab, Utah so that I could do some hiking at the Coral Pink Sand Dunes State Park.  This is a delightful area where the dunes are composed of sand that has eroded from the surrounding red rocks.  Hiking is allowed in all parts of the park in addition to dune buggies, motor cycles and ATV's.  Because of the constant shifting of the sands, eventually all tire tracks and foot prints are erased. Isn't that the way we should be going through life anyway?  Walking the beauty way, leaving no footprints? 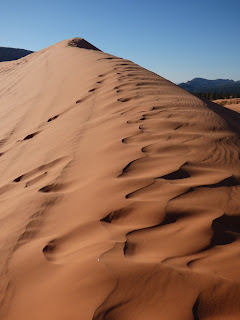 Since it was a Sunday morning, the motorized activities were in full swing shortly after I arrived. 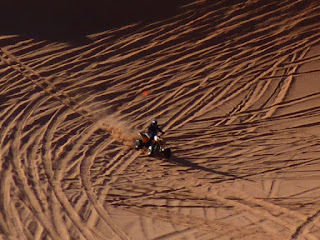 My aim was to find a nice quiet spot to sit and contemplate, but I found myself having to dodge the occasional ATV.  Luckily for the drifting sands, the numerous tracks that were created were a but a temporary scar on the landscape.  On the other hand, by honoring the polarity of all things, it was easy to find the beauty that had been carved into the dunes by the vehicles. 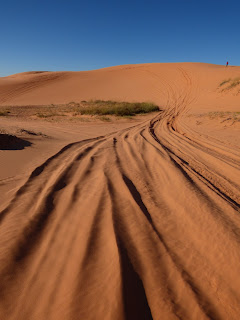 By mid morning, things had calmed down enough so that I was able to find a nice place to sit and relax after slogging up and down the dunes for more than an hour.  Below are more photos of this beautiful place. 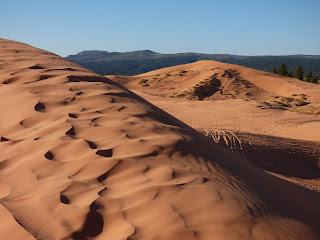 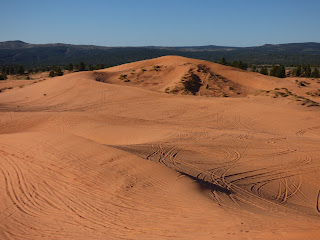 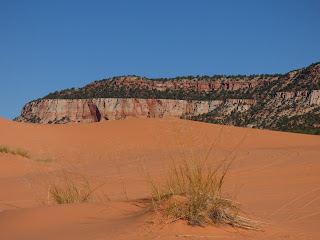 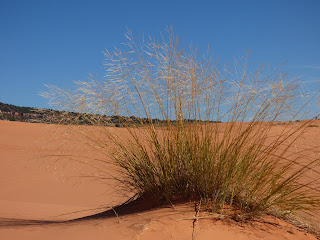