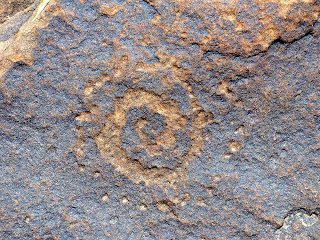 If you think that huge ancient megalithic stones are only found in exotic and well documented locations like Egypt and Peru, you would be sadly mistaken.  This past week I had an opportunity once again to accompany my friend Virginia and her research group out into the canyons of southeast Utah to do archeoastronomy research.  This is an area currently uninhabited by humans, but is now public land that is used for oil and gas exploration and cattle grazing during the cooler weather.  In the past however, this area was heavily populated by the ancestral puebloans who left their villages for the final time in the late 1200's.  The people who lived in this area from 500 AD until their departure have been pretty well documented, and Virginia's group encounters evidence of their habitations fairly routinely.  It is the much older and even ancient evidence there that is almost impossible to decipher. 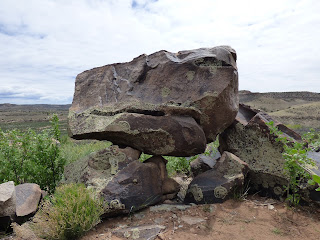 Take a look at the photo above.  We encountered this is huge megalith that had been balanced on several smaller stones by the ancient human inhabitants of the area.  It is not a natural formation.  There is no way that our group of 11 could even budge it.  How was this done and what was the purpose? 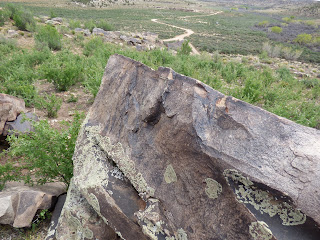 The photo above shows how high on a hillside this stone was placed.

It turns out that the sharply honed upper edge of this megalith pointed right at the opposite horizon where the Summer Solstice sun would rise in June.  See below.  Here, I am standing behind this huge stone and looking right down the sharp upper edge to the opposite side of the canyon. 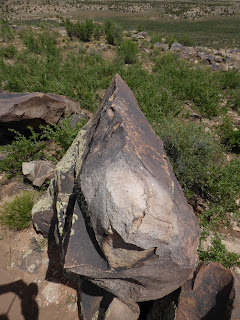 Since there are no written records here and the original inhabitants are long gone, we can only assume that this was a ceremonial place designed to honor the Summer Solstice in some fashion.

In another section of this archeological site, we found the megalith below.   Again propped up by human hands and pointing towards the opposite horizon. 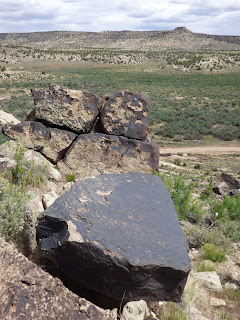 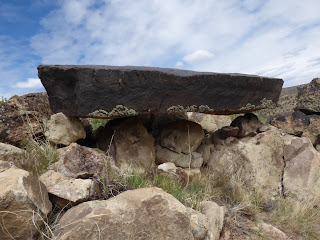 The plan now is to be at this site on the morning of the Summer Solstice sunrise to get the full experience of what the ancestral puebloans had in mind.  With my shamanic tracking skills, I may be able to get some idea of the type of energy and purpose for the rituals that were done here. 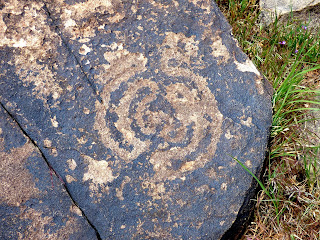 I am in the process of finishing up my preparations for tomorrow's (Saturday's) workshop for Rise Multiversity.  For information and to register, go here.  Hope you can join me!