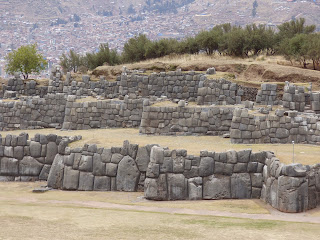 Alas and sadly, our group arrived at our last day in Cusco.  Fortunately, we were not being transported to the airport for flights home until 3:30 in the afternoon, so that left plenty of time for last minute activities.  Whereas most people in our group chose to sleep in, pack or do more shopping, I had a plan!  There were several locations that were not included in our itinerary, and I had just enough time to visit them all.

The first was Sacsayhuaman, the huge Inca fortress located north of Cusco on a hilltop overlooking the city.  This is a very famous megalithic site, and even though it was heavily looted by the Spanish to provide building materials for their new structures in Cusco, there is still enough there to intrigue and fascinate.  I took a taxi up from our hotel, and planned to walk back into town after a few hours, as it wasn’t that far.  It was a delightful spring day with warm sun and light breezes.  Perfect!  My plan was to wander, investigate and feel into the energy here.  Even though there were quite a few people and groups looking around, the site is so big that I walked undisturbed. As I entered the site, the resident alpaca herd has just been released and were running around.  So cute! 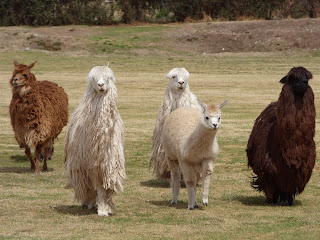 The main part of the site consists of 3 rows of megalithic stones of limestone arranged in a zig zag pattern.  This has been likened to the teeth of a jaguar, with Sacsayhuaman being the head of the jaguar that is the shape of the city of Cusco.  The standard theory of construction is what you hear all over Peru—that hundreds of men with really thick ropes dragged these multi ton stones over into position from a location far away, and also managed to do the fine fitting of one stone to the next in the process.  With the largest stones that were placed at the points of the “teeth” weighing upwards of 125 tons, I don’t think so. 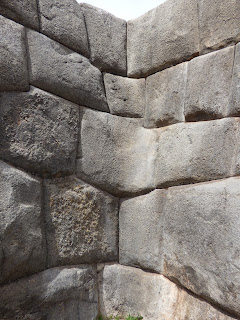 When I visited the site in 2007, I was able to briefly tune in and get some information on the construction techniques.  What was used was a combination of vibrationally reducing the gravity of the stone so it could be levitated or lifted, while softening it so that it could be easily carved.  This time, I saw that vibrational tools had been used, one somewhat like a machete, and possibly lasers.  Giants were also present, at least for the construction of the first 2 rows of teeth that contained the very largest stones.  The whole thing went up fairly rapidly, too.  So this puts at least the oldest part of the site at a much earlier date, perhaps pre-cataclysm at 13,000 years ago.

I had a chance to feel the carved surface of several of the stones where the stone above had been removed.  These surfaces were as smooth as glass, as contrasted with the roughly “pillowed” shapes on the faces of the walls.  This does indicate some sort of advanced energetic technology at play. 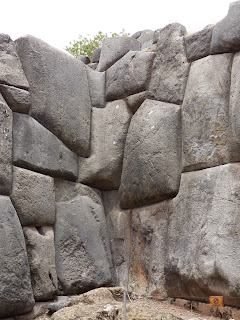 On top of this hill was a different type of construction altogether.  The small stone blocks were no longer limestone, but I assume the harder material of diorite.  Some were lying about, other were stacked into walls.  This is also where I surmised that the stargate of the site was located, but it felt pretty inactive to me.  There was also a hint of ET communications going on in the past. 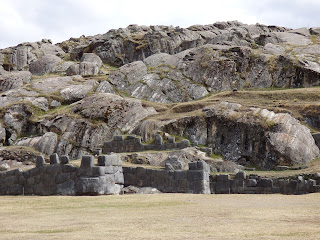 Next, I went across the field, or parade grounds in front of the rows of teeth to an area called Rodadera Hill.  This is a massive diorite outcropping that has had seats, benches, stairways, niches and what is called the “Inca's Throne” carved into it.  It is truly fascinating.  Diorite is an igneous rock, and the precision sharpness of the edges and smoothness of the carved out areas leaves one to wonder what type of vibrational technology was used there.  Certainly not laborers with small stones rubbing these surfaces into smoothness! 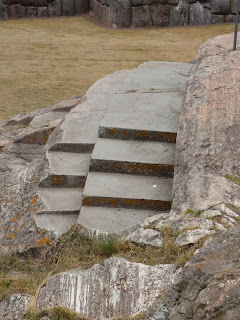 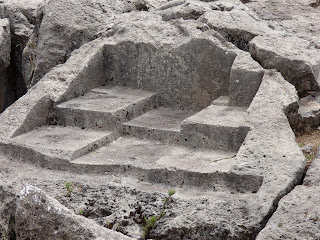 On the other side of this hill sits what is called a reflecting pool for star gazing.  Makes sense to me as the down slope end has a semicircular wall around it to contain the water, and the up slope end is again yet another igneous out cropping heavily carved with seats, niches and stairways, presumably for the viewing.  Also in this area is a huge mysterious boulder with what they call the “upside down staircase” carved into it.  It had been dislodged by an ancient catastrophe and it now sits upside down with its staircase now going up to nowhere! 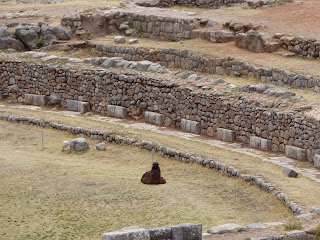 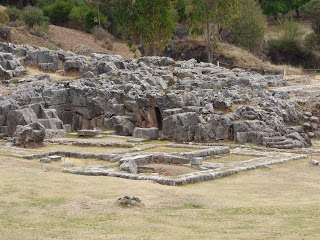 As I my time there was running short, I climbed back onto the Rodadera hill and found a cozy pair of seats carved out of the diorite.  Looked like a male and a female seat to me, and it was somewhat out of view of the lone guard on patrol there.  When I sat down to meditate, instantly I was surrounded by many energetic beings.  Through communication, I found out that they had been trapped there after a catastrophe had closed down their stargate, and they could no longer go home to their star families.  I immediately opened up the stargate and all except for one of these beings went through.  The male being that stayed behind said that he would remain holding the energy of the stargate until the earth made her final transition.  What he then showed me was that at the moment of final transition, all of the stargates on the planet would open up and the inner core essence of our Earth Mother would come blasting out of each one of them.  This would in effect destroy the physicality of our planet, and she would become a star.  Imagine being at one of these locations when this happens!  Quite a ride! 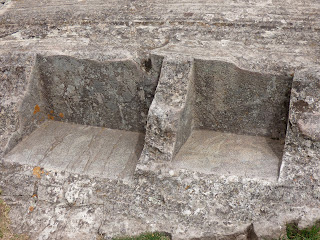 After 2 hours in this lovely place, I proceeded down the somewhat steep stairways and streets back into town, and ended up behind the Cathedral.  On my way to my final stop of the morning, I photographed the infamous “12 angled stone”.  It is so important to the tourist industry in Cusco that there was a police guard standing by to protect it! 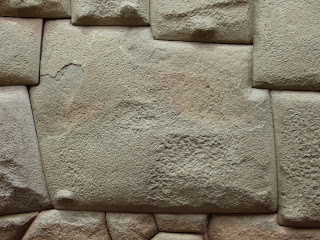