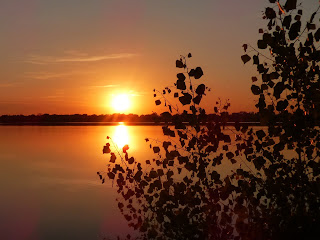 My last 2 posts entitled “Going Home Part I and Part II” have received a lot of attention and raised some questions from all of you.  So in this post, I will be clarifying some issues that have come up.  As always, take what resonates and leave the rest behind.  There is no one size fits all version of how one will transition after this lifetime.  There are many different options and paths in our future, and what I write about may not fit what is coming up for you.

I am also writing from the standpoint of someone who will transition totally out of this universe when the time comes.  Again, that may not be you right now, but it will certainly be you at some time in the future, because eventually, we all will be exiting this creation.  I suspect that at that point, our universe will fold into itself and cease to exist.

The other day, I got an e-mail from a client asking to set up a QSH session with the theme of extracting her out of the 9th dimensional galactic matrix.  For the rest of you who think that I can do this, I assure you that I cannot.  Your Higher Self has created your incarnation here and set up the broad outline of your life according to a number of parameters.  One of these is the way in which you will be exiting the 3 D/4 D world when your time comes.  My job is to help people to re-member who they are and what they are doing here so that this lifetime can be as productive and complete as it can be for them.  It is then your responsibility to work your issues and raise your awareness levels so that your true spiritual path can be revealed to you. Also, re-member that you will be exiting along the same pathway that you took when you arrived here in the first place.  How easy is that?

In a bigger sense, your exit strategy has already been planned by your Higher Self before birth, so that all you need to do is re-member it!  Someone who called in on one of George Kavassilas’ webinars with Rise Multiversity asked him how to know that they would be exiting this creation and “Going Home” at their transition time, and he said that you just know.   I agree.  It is an inner knowingness that comes from your deep connection with yourself.  It is no coincidence that so many people who are doing their work nowadays are single or have no children, and lead a more solitary life than is the norm.  All attachments must be released at the end, or else you may have come back another time to clear that up.

You also cannot take someone with you when you go.  Where they will end up is their business, not yours, even if they are your children.  In “Going Home Part I”, I wrote about at one point looking back and seeing a stream of beings following me, much like the tail on a comet.  I was not carrying them.  I suspect that because of the resonating vibration, we ended up traveling together.  They had to buy their own ticket on that particular adventure.  That was no free ride!

Here is a short recap of some of the ways of transitioning that I have written about.  Some will exit this universe altogether, others will reincarnate on a suitable 3 D planetary realm to complete their experiences.  Some will exit the 4 D synthetic matrix but won’t pass through the 9th dimensional Stargate Milky Way.  Instead, they may stay in dimensions 5 through 8 someplace else in our galaxy.  Some may transition out of their DNA, while others may merge with the heart of our Mother Earth and go with her.  Others, and I think that there will be quite a few in this category, will be harvested into the ET synthetic realities and go back to those home worlds.

So it appears that my job is to recover and re-member the energetic modes of transition, and to imprint the mass consciousness with that information.  We are looking at the 100th monkey effect here, and once others are able to make use of this information, the transition will move along faster for everyone.  We will all be widening the birth canal for the others to follow!

(PS--Have you noticed that we are no longer in that stagnant non-moving planetary state that I wrote about a few weeks ago?  Full steam ahead!)
Posted by Carla Fox at 12:47 PM