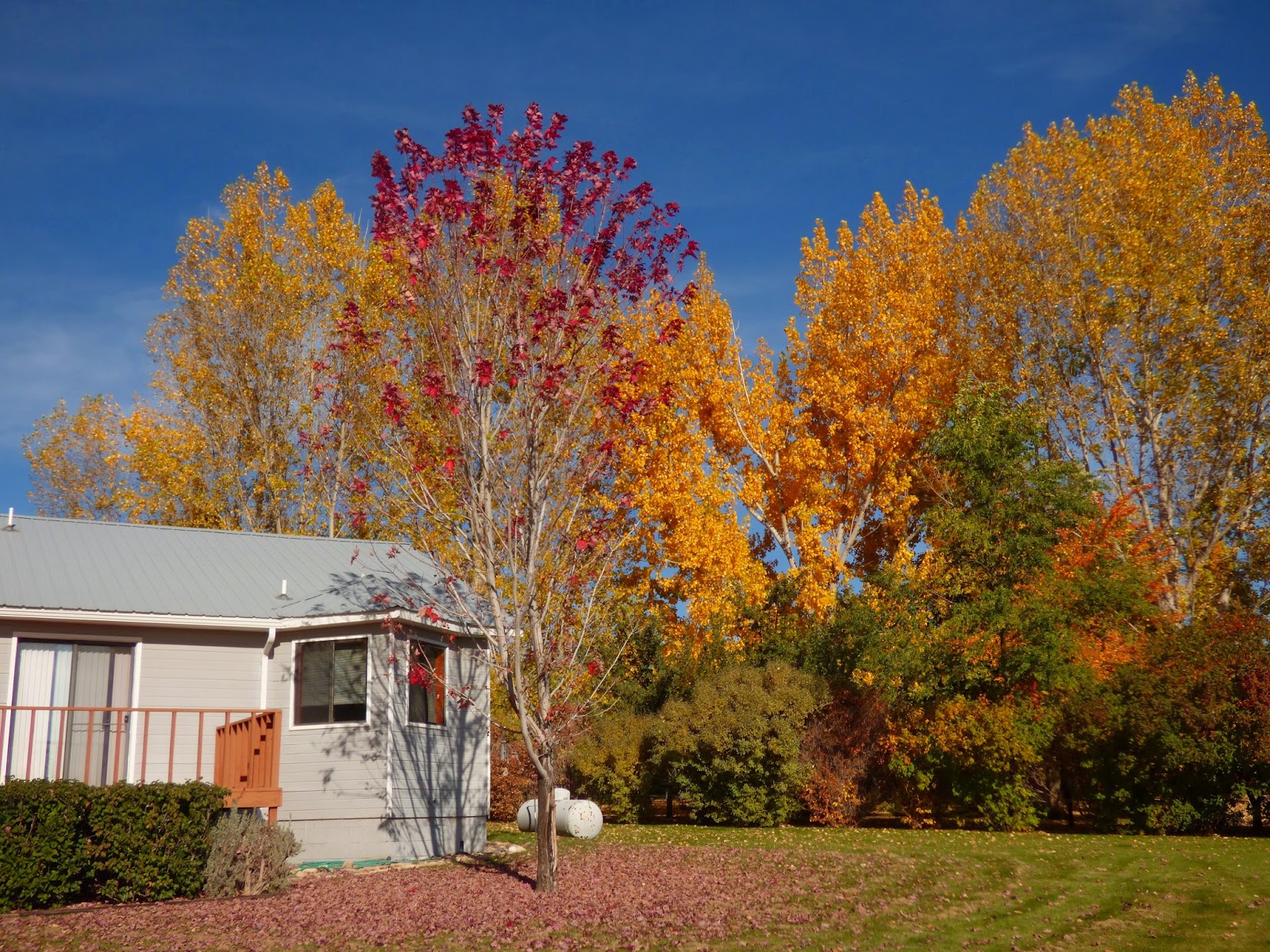 For the past several weeks, I have had workmen here repairing and fixing up the exterior of my house.  First it was a crew of 3 guys replacing old siding and building a new deck.  They were professional, eager to please, and very nice to work with.  No complaints there.  After them came the painter who repainted the whole house.  This is someone that the remodeling crew recommended and had worked with in the past.  I thought, OK, as that would save me the trouble of finding my own painter.

Unfortunately, when he finished up I was busy with a client, so I just handed him a check for the balance of the work and went back to my client.  Later in the day, I took a walk around the house to look things over and found several things amiss, the biggest of which was his failure to fill in the nail holes from the new siding before he painted the house.  It looked like someone had shot the house with a BB gun!

Well, that ticked me off as this guy was generally nice but kind of a whiner and I thought I was done with him at last.  Being attentive to my inner process, this was the first indication that I needed to do some work on myself.  A negative emotional response to any situation always points the way for this.

After I calmed down a bit, my own mental looping started up.  Do I express my complaints and risk hurting his feelings?  Do I ignore the situation and just hope that the siding does not suffer further damage because of all of the tiny holes?  If I do that, do I get pissed off again every time I look at it, and angry at myself because I wasn’t able to resolve the situation?  Most importantly, why was I conflicted and looping?  Certainly there was a correct path to follow here, but I couldn’t discern it.

Then it hit me.  I had reverted back to a childhood pattern of reaction to my mother.  Wow!!  When will I be done with that one?  Certainly a lot went on in my childhood, but the aspect of it all that reared its ugly head a few days ago was the result of being raised by a mother who had the expectation that her children could be molded to fit her image of what they should be like without any regard to them as individuals with their own gifts and talents.  People in general were never good enough unless they met all of her criteria.  If they did not, a whole host of energetic attack was likely to break out.  As a result, I became extremely shy and stressed as a child, whereas my sister took the opposite mode as a rebel and somewhat of a trouble maker.  Both ends of the polarity spectrum there!

So the looping was a result of not being empowered as a child to be my own person no matter what that looked like.  Believe me, that had been a life long struggle until I got divorced and started to reclaim my autonomy as an individual.  I was honestly confused as to how to proceed.  This was the point when I reassured my inner child that everything was going to be OK and then went within for guidance.  “Man up” I told myself, and I gave the painter a call.

Not the response I was hoping for, as he indicated that my complaints were somewhat nonsensical and that he also would not be able to come out any time soon to correct them.  He was not as accommodating as the remodeling crew was!  On to plan B, but not before the looping started up again.

What do I do now?  Again more confusion and worrying about hurting his feelings.  I then again engaged my inner child, settled her down and reassured her that it would be safe for her if I stepped up and took the next step.  The next morning I went into my bank and stopped payment on the check that I had given the painter the day before.  An extreme measure for me, as this was the first time in my life that I had to do that because I was dissatisfied with the service rendered.  OK!  I could feel the childhood patterns of caving in to a more dominant “mother” force reversing themselves while at the same time, the feelings of greater certainty and autonomy were growing within me.

After that, there was no problem calling the painter and telling him that I had stopped the check and that he wouldn’t get paid until the job was done correctly.  He showed up that very afternoon and started filling in the many tiny holes in the siding.  Nothing like withholding money to get the job moving along!  Of course, I could tell by his mopey demeanor that I had become his over critical mommy, but that is his deal.  It’s always interesting to see that in any interaction between 2 people, the unhealed aspects, especially from childhood, can rear up to be dealt with.

My hope is that everyone reading this can see how issues that have triggered an out of balance emotional response can be resolved by first noticing the emotional triggers, then going within to contact and work with the wounded part that is generating the distorted emotional response, and then taking some sort of action that is directed by higher guidance to empower and move you forward in the healing process.  It was no accident that I attracted that specific painter who made those specific errors to show me something about myself.  I also have every confidence that the painting job will be finished to my satisfaction.  Thank you Mr. Painter!