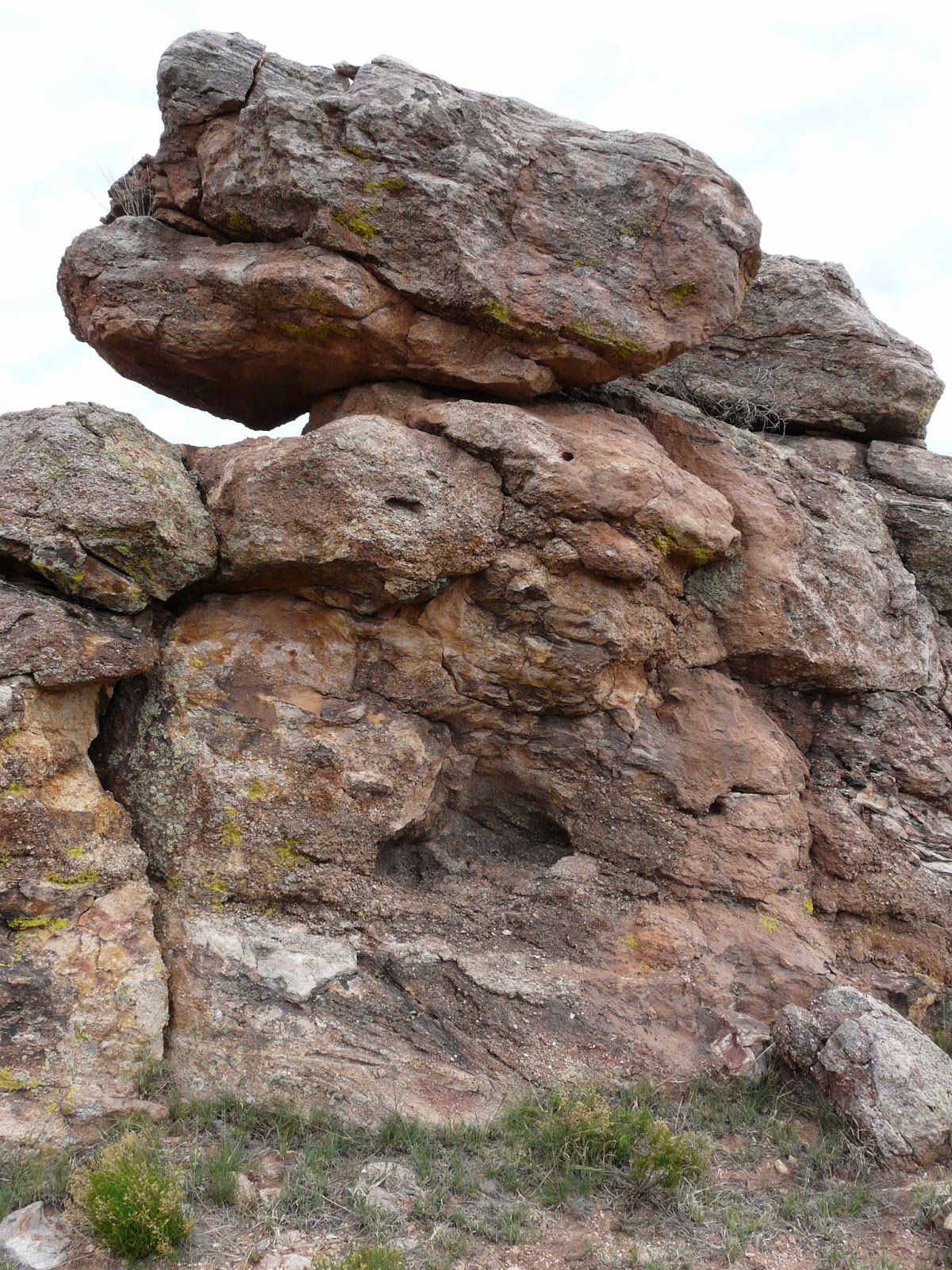 This is a continuation of the last post on the Witness and the Wisdom Keeper.  The day after our group explored the ancient Dance Plaza with the nearby male and female monoliths anchoring that sacred space, we went in a different direction to another sacred site.  This was a place that I had only visited once a few years ago.  It was with a different and more experienced eye that I approached it now.

The hike almost to the top of a rock strewn hill was somewhat strenuous but very rewarding as the hillside was covered with blooming springtime wildflowers.  I had been searching for the Utah penstemon in bloom for several years now, and was suddenly surrounded by them!  What a magical sight.  After spending some time photographing them I caught up to the rest of the group at our destination.

The site we were investigating is composed of a super massive monolith which sits on the north end of a carefully crafted stone circle.  There is an entrance into the circle to the left of the monolith, and a pointed standing stone in the wall of the circle directly opposite that stone.  Behind the place where the circle can be entered, there is a passageway between some rocks that leads out to what I guessed to be an  alcove or waiting area for whomever was to conduct the ceremonies here.  This was traditional at many different ancient sites in the southwestern US, as the ceremonial did not want to mingle with the participants before the ceremony.  He or she would want to make a grand entrance as soon as the crowd was settled in.

If you look at the massive rock in the photo, you can see what looks like a mouth about 1/3 of the way up from the ground.  That is actually a large “scoop” in the rock with several smaller scoops inside of it.  Below that scoop is a white band of rock which actually forms a ledge to sit on.  While the others were busy mapping the site and taking measurements and calculating alignments, I sat on that seat to do my thing.  It didn’t take too long to realize that I was sitting on the spot from which the ceremonies were conducted.   That is why I labeled it “The Shaman’s Altar”.

After settling in, I tuned into the sublime vibration of this place.  Even Virginia was having trouble with her GPS and compass because of the energy that was being generated there.  Undoubtedly, this is another ancient huaca consisting of a natural energy vortex with man made features added to it.   I could just image the whole monolith decked out with ceremonial objects that could be placed on ledges and hung from stony knobs.

I then reached behind me and put my hand into the largest of the smaller scoops.  I immediately felt the energetic residue of a liquid that had been there many hundreds of years ago.  It felt wet, even though there was no liquid in it when we were there.  Was this scoop used to store a sacred liquid for some sort of anointing?

After tuning into the type of ceremony that might have been here, I got a strong sense of coming together in community and united purpose.  The individuals would be merged into one group body through ceremony.  What a tight knit group indeed!  Of course, this would be necessary for their survival, and the fertility of the clan and abundance of their crops.  We modern humans are such individualists that it is hard to imagine living this way.

Before I got up, I glanced to my right past the smaller boulders that were near the entrance to the circle.  No surprise, but I was looking right at the Dance Plaza on that baldy hill perhaps a mile away in the distance.  Were ceremonies done in both places at the same time?  Were bonfires built there so that the sites could locate each other in the dark?  Were we looking at alignments with either the solstices or equinoxes?  Clearly this was a society that performed many kinds of sacred ceremony for the benefit of their community.  We might take a page from their book and do the same.