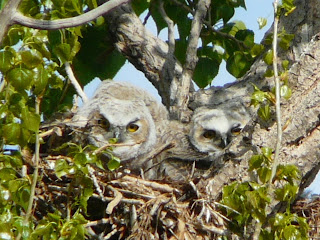 My sister is coming for a visit next week and will be staying here for several days.  We are quite different, and mix like oil and water.  That alone shouldn’t cause difficulties if two people can get along, but that hasn‘t been the case with us.  I used to chalk it up to sibling rivalry on her part, (she is younger than I am, and there are just the 2 of us), but as adults, I’d like to think that something like that can be examined and healed.  It doesn’t take even 24 hours of togetherness until things turn sour, and it got particularly bad around the time our mother got sick and passed away.  Luckily, my sister’s ex husband will be visiting, too, and I think that he will prove to be a diffusing factor for the usual hoo dee hoo that breaks out.  It’s the proverbial fish starting to stink after two days!

Karma, or unfinished business from past lives, is what draws us together this time around.  Before birth, we made a plan with others to participate in each other’s lives for a variety of reasons and cleaning up old business is one of them.  If we don’t do this, we will have to try it again the next time around.  That unfinished stuff can keep us coming back on the wheel of reincarnation.

On top of that, the closer the person is to us, the bigger the karma is that needs to be resolved.  That is why we can get along with friends or coworkers better than we can with our own family members or life partners.  One of the very valuable parts of the Quantum Sphere Healing protocol is working with person to person karma.  One does not need to reenact or act out the difficulties over and over again to resolve them, so this afternoon I sat down and did a QSH session on myself with the intention of resolving any remaining karma between my sister and myself.

By using the QSH process, past lives can be viewed, understood from both positions and then dissolved. The subject of the healing session (the client) then embodies any appropriate positive qualities that would be a result of the understanding of the distortions that they have been carrying in regard to the issues with the other person.  In person to person karma, any appropriate past lives that the client shares with the person that they have been having difficulties will show up to be understood and worked with.

For this session, 3 problematic past lives with my sister showed up.  In the first one, we were married.  She was the wife and I was the husband.  For some reason, I had let her down as she kept throwing things at me and shrieking about not having enough of the finer things of life.  “Give me, give me, I want, I want…”  She expected me to provide her with wealth and position, and I could not stand up to her tirades.   Eventually I just left.  In the second past life, I was a much older sister and she was an infant.  I was supposed to be watching her, but at some point, she wandered off and drowned in a creek.  I watched her tiny body float away without any guilt or regrets.  In the third life, we were both men.  She (he) was an outlaw, and I was hung from a high place on a barn by her and her gang.  She was a criminal and I was an upstanding citizen.  She rode away on her horse feeling well satisfied by my death.

There was also a family inherited curse that showed up dealing with women not being able to get along with other women, and an off planet agreement to come to planet Earth together and stay together.  Apparently, shortly after we both got here for the first time, I went off on my merry way leaving her to fend for herself.  Issues around abandonment were the result for her.  All of these patterns were dissolved and positive intents were put in their places.  Now, this was from my standpoint only, as she might have different viewpoints and issues with all of this.  Or not at all!

Of course, there is more to it than what I have described.  I will be teaching the Quantum Sphere Healing in Atlanta from November 8-10, 2013.  The class is listed on my web site at QuantumStargate.com, and I will be sending out announcements as we get closer to the course date.  As far as what will happen next week, I am hopeful that all will go smoothly.  I also got some information that she has something to teach me, but I haven’t gotten it yet because of all of the interpersonal difficulties we have had.  Maybe I will get it sometime during her visit!
Posted by Carla Fox at 5:09 PM