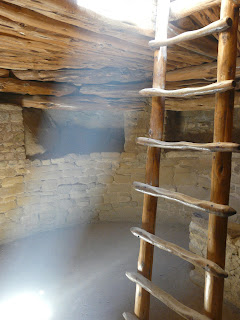 Last night, I had the privilege of working with a 1 ½ year old little boy who has been experiencing a lot of sleep difficulties.  This was a long distance session, and as I was getting some intake information from his mother on the phone, I had the feeling that he had a negative energy attachment of some sort.  Sure enough, as soon as I sat down to work on him, I could see that he had an earthbound spirit attached to his body.

What is an earthbound spirit?  This is the spirit of a person that, for a variety of reasons, does not go to the light at the moment of death.  It is tied to the earthly plane, and would also be called a ghost.  These earthbounds can be stuck in a location that they were very familiar with in life, or the place where they died. They can also be attached to a person’s body and therefore are mobile because they go everywhere that person goes.  There are also circumstances where the attached ghost can detach from the person that they are attached to, jump to another person and then reattach if the new person is more attractive to them for some reason.

What causes a spirit to become earthbound?  The portal of light opens up for everyone at the time of death and stays open for about 3 days.  This has nothing to do with how a person has lived their life.  It is not a reward for a life well lived, and even a “good” person can miss the light after death.  If a person is confused and disoriented during these 3 days, this can happen.  Causes for that could be a sudden accidental death, murder, heart attack or other medical causes that kill suddenly, drug overdose or extreme violence at the time of death, etc.  If one’s vibrational level is extremely low at the time of death, they do not have the energy to go to the light.  This is the case with morphine use for pain management at the end.  It severely lowers the energy field’s vibrational level and extends the time that the patient has here on earth by a little bit.  In every case where I have done shamanic death rites for a deceased who was on morphine at the end, they are found to be earthbound.

A person can also make a conscious choice not to go to the light out of guilt, feeling undeserving to have that benefit, attachment to loved ones who are still alive, attachment to places where they want to stay, or attachment and addiction to drugs, alcohol, sex or certain foods.

The “light” that I speak of here is a 4th dimensional light.  Ghosts are stuck in what I call the real time zone or etheric patterning that is the closest energy layer to the planet.  In this layer, everything looks much the same as in the 3D world, which can also be confusing for someone who is stuck there.  They are in familiar surroundings and may not even know that they are dead.  A portal can be opened to usher them through, and the “light” of 4D comes streaming through that portal.

I believe that all earthbounds eventually find the light and pass through a portal, but it can take many many years, and cause much trouble in the mean time.  In my healing practice, I do not work on a client if a 3rd party requests it without the client’s knowledge.  The only exception I make is when I encounter an earthbound spirit.  I do not ask for anyone’s permission and deal with the stuck spirit directly.  If he or she is agreeable to go to the light, I proceed with that process.  This is service work for humanity.  It seems to me that more and more of these stuck spirits are showing up as time goes by.  I’m not sure if my enhanced skill levels over the years are enabling me to see more of them now, or if there are truly more of them around.  Know also that by sending them to the light, they will still have to go through the purging and recapitulation process to resolve with the previous lifetime before starting the preparation process for their next incarnation.  That alone can take many years, but at least they will not be stuck.

So now, what to do.  In my shamanic healership training with the Four Winds Society, this was never spoken about or addressed, even though I am sure shamanic practitioners all around the world know how to handle these situations.  The method I use is written about in Mary Ann Winkowski’s book “When Ghosts Speak”.  The TV series “Ghost Whisperer” was based on her life story.  Her book is a fun and easy read, and will tell you everything you need to know about sending earthbounds to the light.  I highly recommend it.

Here is want I did for the little boy I was working on.  The earthbound attached to a living person looks like a black smoky energy tornado sticking out of the body, and this is what he had.  Whenever I see something like this, I immediately start a dialog with the attached spirit to get some information.  This is usually necessary because you may need to talk them into going through the portal if they are reluctant to go.  They  will also show up in the room looking the way they looked at the moment of death while you are dialoging with them. In this case, this was the ghost of a young man who died in a motorcycle accident when he was 24 years old.  His motorcycle had slipped on something on the road, fell over on the left side, and slid at high speed further down along the road trapping him underneath.  He died in the emergency room.  I can only assume that he hung around looking for a likely candidate to attach to, and my client was the one who had the availability because of some birth complications.

This young man was very eager to start life all over again immediately because his own was cut short so prematurely.  I explained to him his situation, and that there were no short cuts.  He had to go to the light and start the process all over again.  Fortunately, he was agreeable to this.  There are some that I encounter that take a bit more convincing!  With intent and visualization, I opened a portal of light up near the ceiling in a corner of my healing room and held it open for him.  Quite often when you do this you will see previously deceased friends, relatives, and even pets waiting on the other side to greet the earthbound.  In this case, there was a grandfather waving him on.  While I gave this young man a little nudge to get him going to the light, I was at the same time pulling the black tornado out of the body of my client, which then dissolved in my hands.  I held the portal open until I was sure that the earthbound had gone completely through, and then just allowed the portal to close. Process successful.
The very interesting aspect of this for my little client was that he never learned to crawl, and instead kind of scooted on his butt to get around.  An additional part of the healing session involved clearing the heavy energy that showed up in his left hip, pelvis, and low back.  Coincidence?  I can’t say for sure, but I strongly suspect that most of this was an overlay from the attached earthbound.

This is an example of how to handle an earthbound that is attached to a person.  The same process is used if the ghost is encountered living in a building.  This will also show up when I do house and property clearing.  I recommend getting Mary Ann’s book so that you will be prepared for any situation involving ghosts in buildings.  Then go for it if the situation shows up.  You may not be successful every time, as there will always be a few who refuse to go, but you will be doing a great service for those who are ready.