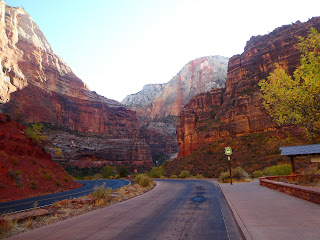 Yesterday, I went down to Zion National Park with a friend to participate in a geology field trip.  It seems that lately, every other weekend has involved bad weather, but we once again were lucky enough to hit one of the good ones, with warm sunny weather.  The park was moderately crowded, but nothing like the mobs of people who had visited up until about a month ago.

The rock layers here are mainly sandstone, which is much older than the limestone formations at Cedar Breaks and Bryce National Park.  Most of our day was spent looking at the steep canyon walls that have been carved out by the Virgin River.  This is considered to be the main part of the park, and where many of the popular hiking trails originate.  Below are some of the photos of this part of the park. 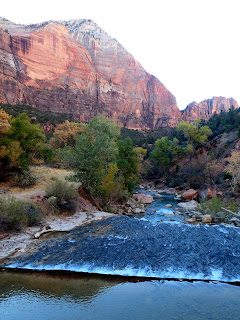 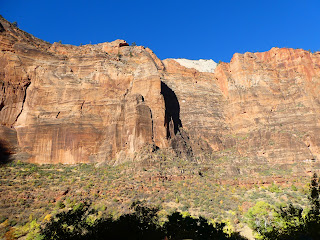 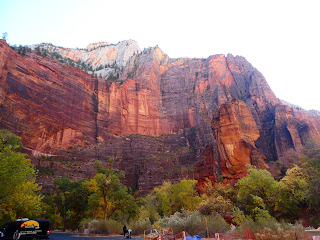 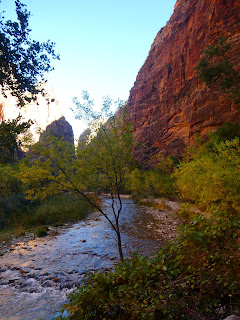 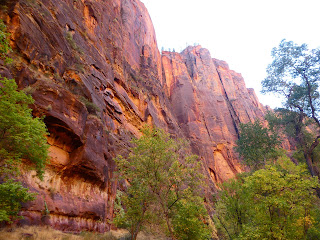 Water seeping out of the sandstone on the canyon wall, with hanging garden plants of maidenhair ferns, alcove columbines and red monkey flowers. 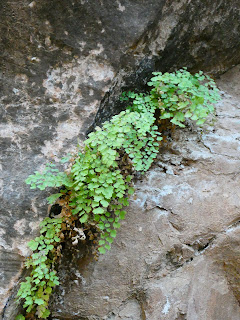 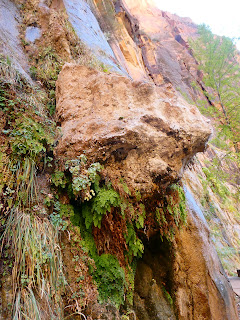 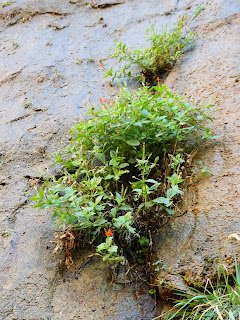 More photos along the river. 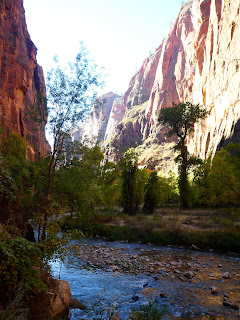 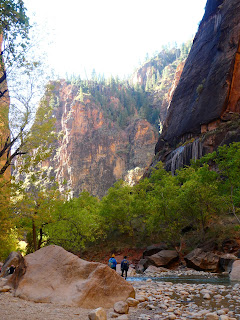 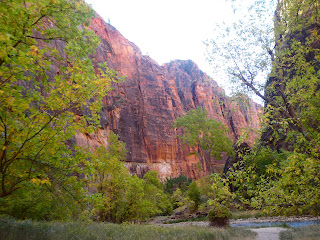 Some beaver damage on an old cottonwood tree. 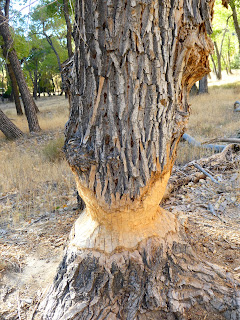 We then drove up and out of the canyon to the east side of the park.  Here, far above, the vistas were fabulous. 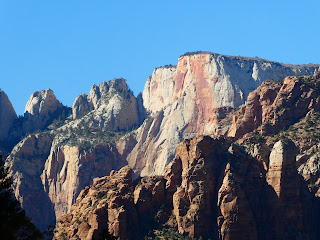 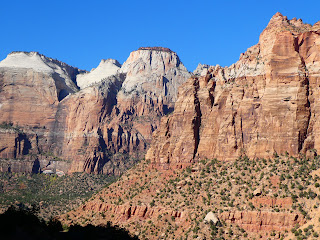 Our final stop was to investigate the water erosion patterns in a short slot canyon.  Our guide told us that during a flash flood, the water here can rise up about 10 feet. 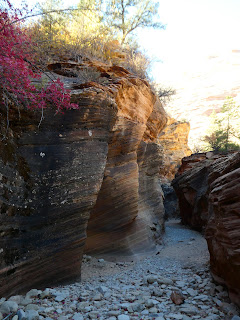 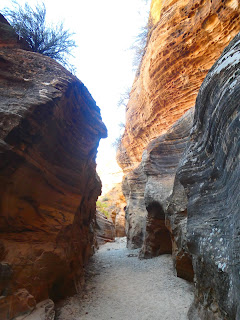 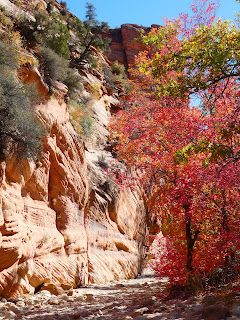 In spite of the crowds at this park, there are still many places where one can get off the beaten path and find some solitude.  Especially along the river, one can sit on a rock and just breathe!