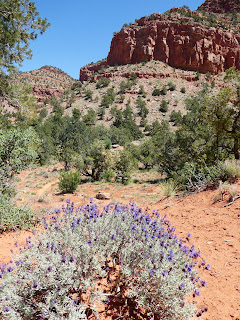 Utah has recently moved to corona virus orange status, and I expect that the local national parks will be reopening soon.  The Lake Powell boating marinas are already starting to reopen.  Because of the extremely low number of cases and deaths for the 5 southwest counties here, officials have asked for our area to be given yellow status, allowing more businesses to open, but so far, the governor’s office has refused.  Another example of big city politics ruling the state without regard for their lower populated and rural areas.

Anyway, this past Monday I drove over to Kanab, Utah for a little overnight road trip.  The route east and south over the mountains to Kanab took me past the area where I had been snowshoeing in the winter.  There was still plenty of snow on the ground.  Kanab is in a semi-desert environment, so it is more like the areas south of Cedar City where I did my winter and spring hiking.  All in all, it was a very pleasant and varied 1.5 hour drive over there, and nice to get out of town.

I booked my hotel ahead of time, and found out that that night, I would have one of only 5 rooms that would be occupied.  That was a bit weird!  A few restaurants were doing carry out only, but the grocery stores were all open, in addition to a really nice clothing store in town that was running a sale of 30% off of everything in the store.  Of course, I took advantage of that.  Normally, Kanab would be very busy this time of year, since it is centrally located for several national parks, Lake Powell, and all kinds of hiking opportunities.

I chose a trail ahead of time, Tom's Canyon Trail, and drove right there.  I encountered several people coming back to the trail head, and they obviously got an earlier start than I did to beat the heat of the day.  As I started hiking, I was greeted by the heady and aromatic scent of cliff rose in bloom. 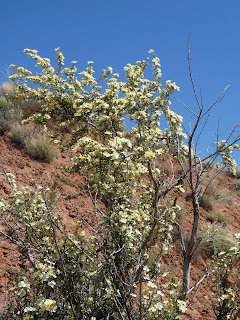 Here are several photos of the trail. 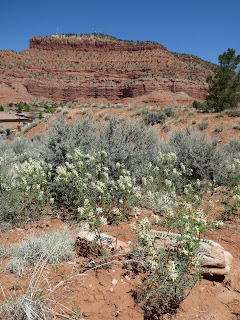 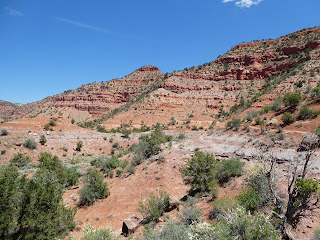 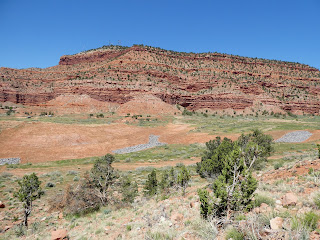 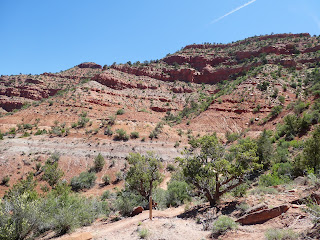 The wild flowers were fabulous. 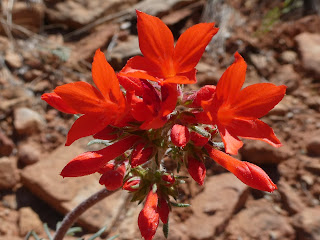 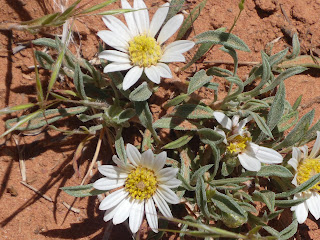 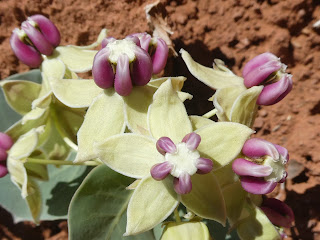 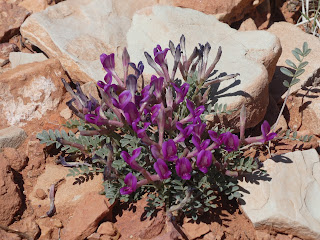 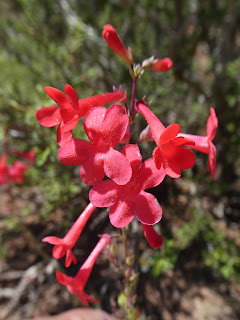 I hiked all the way to the end of the trail where I ended up on a creek bed in an area that was full of grazing cows.  It took a bit of shooshing to get them out of the way, but clearly they were used to people coming by. 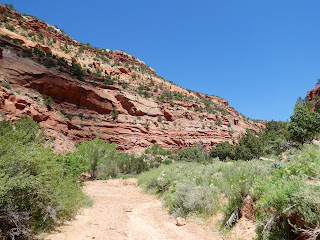 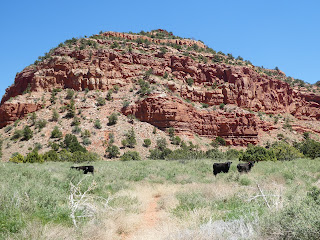 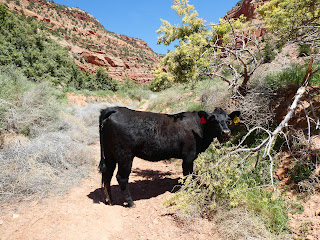 It was a hot and sweaty hike, but so nice to get away from home for a few days.  I'll describe the next day's hike in the next post.