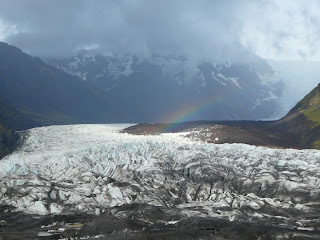 The definition of a glacier is "a slowly moving river of ice formed by the accumulation and compaction of snow on a mountain".  Iceland has several large ice caps on the mountains that spawn some 269 named glaciers.  In fact, 11% of the land mass is covered by glaciers.   On this trip, even though our group did not actually hike on a glacier, we saw plenty of them, mainly near the southeast coast. Note--People assume that glaciers are colored snow white.  In reality, they are actually quite dirty looking, as they are coated with dirt, and in Iceland, ground up lava.  Below are a few. 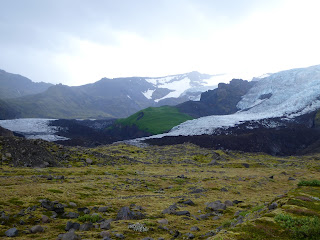 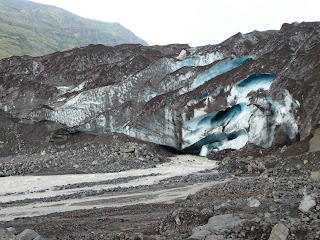 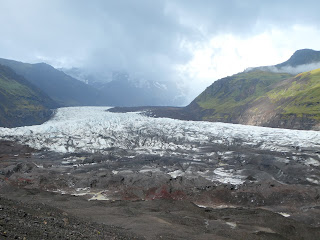 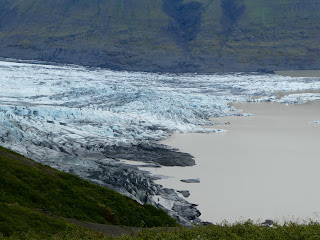 The blue color is caused by all of the oxygen being squeezed out of the ice by the weight of the glacier. 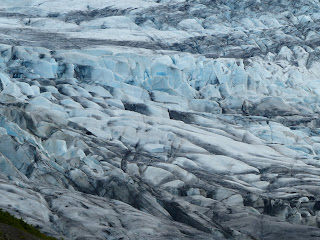 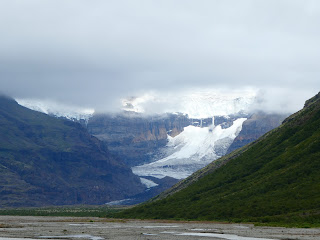 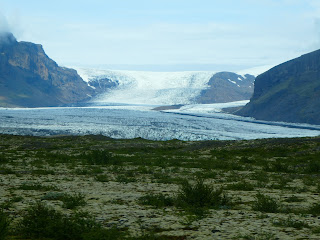