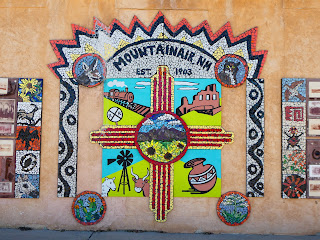 Yesterday, I returned from my latest remote viewing workshop in Mountainair, New Mexico.  This was an advanced class, so for now, I have all of the information I need to really dive in to the work.  I have also contracted with a different CRV instructor to mentor me to become an excellent viewer!

Last Friday morning, the first day of class, I woke up to the sight below across from my motel. 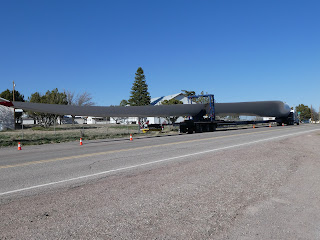 A wind farm is being constructed east of Mountainair, and one of the big blades was parked on the side of the road for the night.  It was huge!  It was there all day, and pulled out of town the next morning.

Before and after the workshop, I took the opportunity to visit some local ruins.  These were at 3 locations all near Mountainair, and were part of the Salinas Pueblo Missions National Monument.  For information about the Monument, go here.  The ruins are of the churches that the Spanish priests built right in the middle of the pueblo people’s villages.  When the Spanish Conquistadors arrived in the area, and found that there was no gold there to be had, they moved on.  In the mean time, the Spanish priests arrived on the scene, and proceeded to convert the pueblo people to Catholicism.  These churches and associated buildings were mainly built by the women of the villages, since the men were off taking care of other duties.  Long story short, there were escalating conflicts between the priests and the Spanish government representatives. Additionally, there was massive disruption of the agricultural practices that had sustained the local people for hundreds of years, and many native people starved.  Those who remained eventually moved to other parts of New Mexico, the priests also moved on, and the churches went to ruin.  Below are some photos. 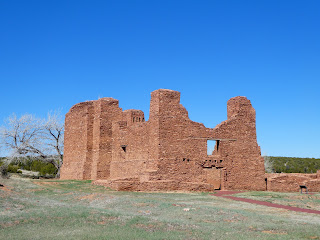 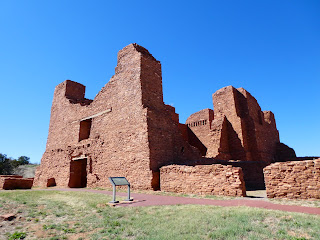 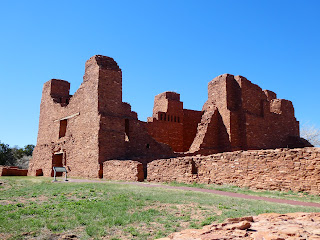 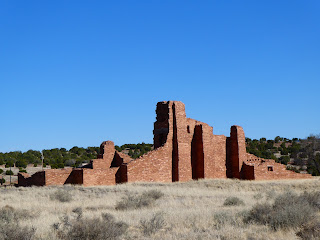 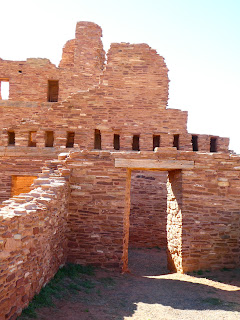 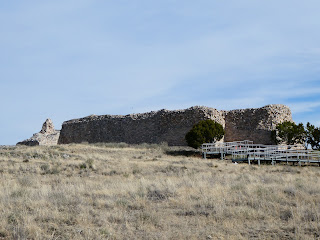 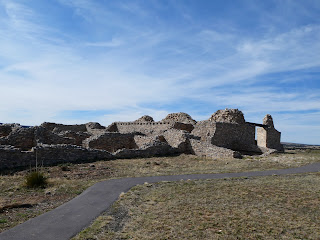 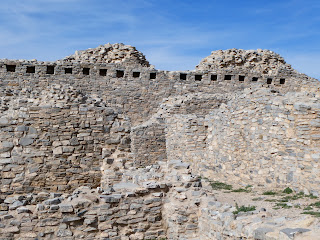 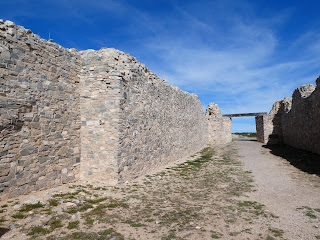