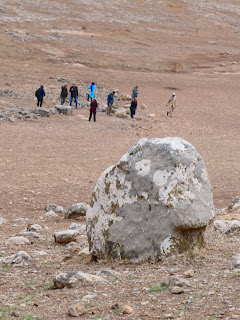 Now, we are off to have a real adventure!  After our second day at Göbekli Tepe and a visit to the excellent museum in Sanliurfa, we take off in 2 minivans to a site that is not too far from Göbekli Tepe.  The minivans are necessary because we will be driving on some country roads that would be dangerous for the big bus.  Our destination is the largely unexcavated site of Karahan Tepe.  It is considered to be a sister site to Gobekli Tepe, and is probably just as old.  There are also a number of related sites in the area, but none are as large as this one.

After winding our way through a fairly barren landscape, we arrive later in the afternoon to the location with gifts for the land owner, since we are on private property and are visiting with his permission.  We then leave the vehicles in his yard and climb a nearby hill.  Luckily, the rain had stopped by then! 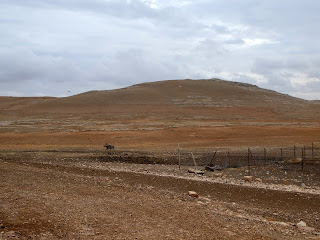 On the top of the hill were numerous cupules and even larger “bowls” carved into the limestone.  What they were used for is not known. 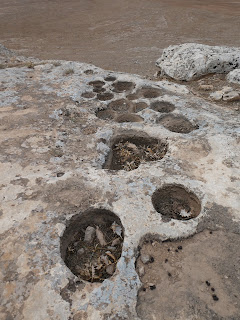 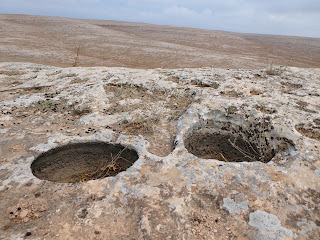 Then working our way down the eastern slope of the hill, we started encountering numerous unexcavated stone enclosures.  The T-shaped stones that were there at first glance looked like any of the other limestone rubble on the ground.  Only the tops were visible. 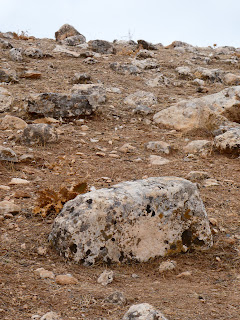 A few of them had been excavated, and they all were about 4 to 5 feet tall.  Mini versions of what was at Göbekli Tepe. 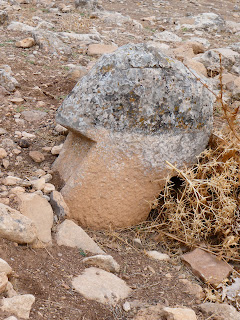 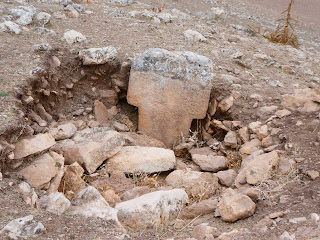 After checking that out, we climbed back up the hill and down the western slope to the limestone quarry where a 24 foot unfinished and partially carved stone is still on the ground. 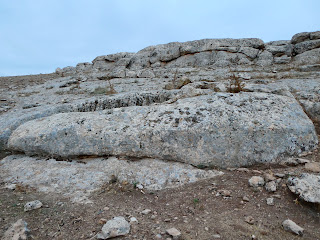 We had a nice view as the sun was setting, with Hugh's drone filming us, 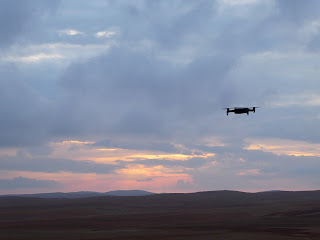 and then back to the land owner’s house for some tea. 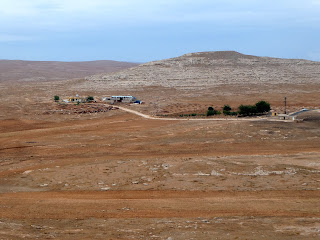 Interesting that only the owner and his adult sons had tea with us.  The ladies were there, but never came out.  I did like the goats, however! 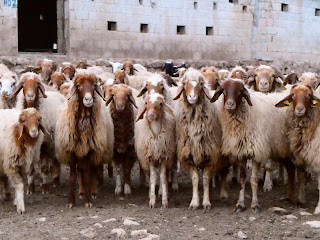