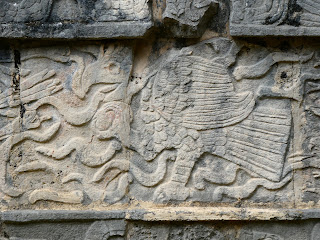 What a difference a day makes!  When we arrived at Chichen Itza, it was a total mob scene.  This is the most popular Mayan site on the Yucatan Peninsula, mainly because of its proximity to Cancun, and it gets at least 1.5 million visitors a year.   I visited this area 2 different times about 40 years ago, when Cancun was just being built up as a resort destination, so this was kind of a shock.

Even so, with a bit of effort, it wasn’t hard to get good photos.  Here is El Castillo, the centerpiece of the site.  This is where the serpent of light can be seen going up the side of the main staircase on the equinoxes. 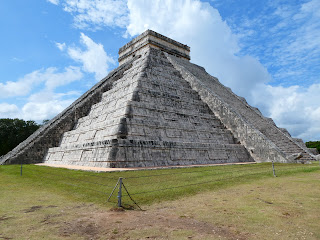 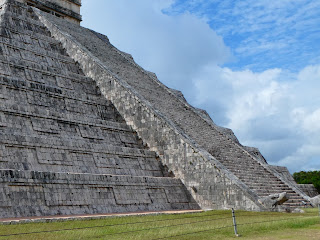 The massive ball court was clearly created for ceremonies and displays of pageantry.  Because of the way the game was played, it would have been impossible to get the ball through the ring mounted high above.  Note the ever-present serpent motif! 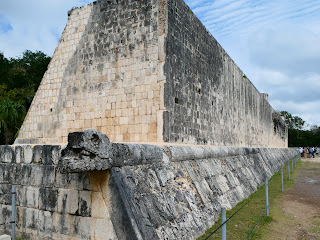 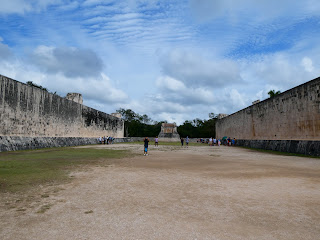 Mona and I then walked over to the infamous cenote.  This is the one where human sacrifices were made, as was discovered when it was dredged.  There are other cenotes nearby, and I am wondering if those were used mainly for drinking water? 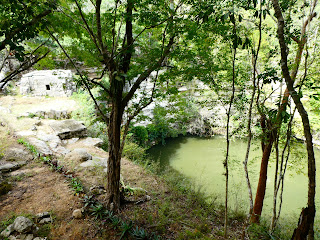 Here is the Temple of the Warriors with the Chacmool statue at the top of the stairway. 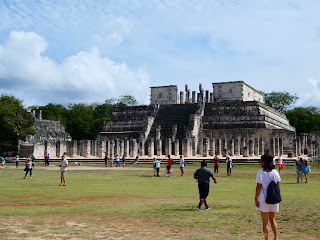 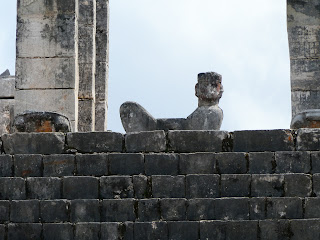 The structure that fascinated me the most was the Observatory. 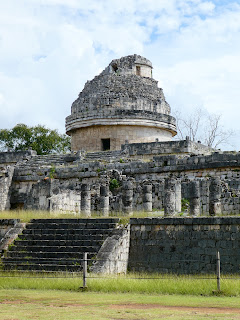 It is quite possible that I had another past life here.  A young man perhaps, dedicated to observing the movement of the heavenly bodies?  I am certain that when I was there many years ago, that we were allowed to go into the observatory, and also climb up on most of the other structures.  Those are all roped off now.

Past the observatory was a normal sized ball court. 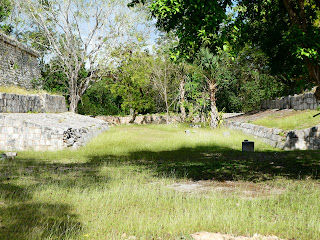 Further on down there were some buildings that looked quite megalithic to me, as their construction was a bit different form the rest.  Perhaps they were just much older. 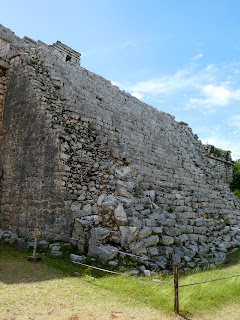 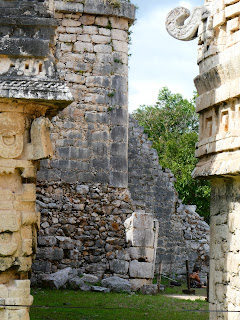 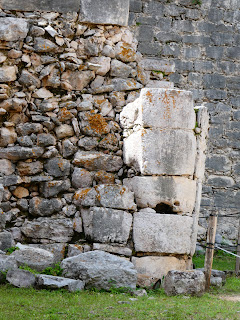 Sadly, we were reaching the end of our journey.   On to Tulum tomorrow.