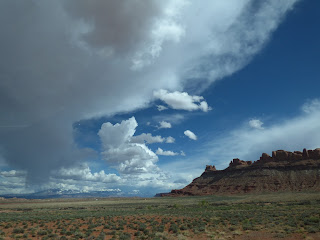 A few days ago I worked with a client who presented a very interesting issue that I thought be a good teaching example for the readers of this blog.  I will use the pseudonym Alice for my client.

Here is an abbreviated version of the events at question.   About 3 weeks ago, my client Alice was contacted via phone by an individual who said that a certain sum of money had been deposited into her bank account by mistake, and that he wanted to make arrangements to have her transfer it back.   Over a period of 6 hours, she dealt with 4 different individuals that said that they were from a telecommunications company.   Ultimately, Alice was talked into sending a moneygram to China for a considerable sum.

Now, this is where it gets interesting.  Most people have heard about these scams, and simply hang up the phone if approached in this way.  Not Alice.   Even though in the back of her mind she knew that something was amiss, she just couldn’t bring herself to disconnect from the ongoing dialog.  To quote her, “While I did their bidding, I kept thinking that I was this unconscious zombie who seemed incapable of breaking their spell”.   She said that she got drawn into their bullshit even though she knew that it was all bullshit!  She even tried reaching her husband by phone, but he was at a conference and was not available.  There were some other aspects at play here that I won’t go into.  She did say that the scammers' energy was extremely dark and tar like, and she felt like a spell had been cast on her.  By the time she snapped out of it, it was a done deal and her money was gone.

As we know that there are no accidents or coincidences, there must have been an energetic reason for this interaction.  Alice was not targeted at random, even though the scammers probably thought so.  The money will probably never be recovered, and Alice was left with feelings of shock, vulnerability, shame and being so gullible for falling for the scheme.  There is a reason for everything, and her higher self orchestrated this whole episode.  It was a wake up call for her to be more observant and proactive in her life.

The actual Quantum Sphere Healing session turned out to be a complicated deal.  Here are some of the highlights of the distorted energy patterns that got cleared.  One of Alice’s male genetic lineages was sending energetic resources off planet in a very automatic and unconscious way.  This is not uncommon as I have seen this before in other clients.  People do not realize the huge amount of energy that is drawn off of the human race every day in multiple ways.  Alice also had personal karma (past life) with the 4 scammers, who also had an off planet destination that they were sending energy to (unconsciously of course).   They were the middlemen for these transactions.  In addition, one of Alice’s aspects was a Draco who was collecting and selling harvested human energy, and she also had an aspect stuck in a pool of tar in the synthetic matrix.

On top of all of this, we uncovered a lifelong pattern of losing energy and being drained, so she has never been at 100% energetic capacity ever.  There were other patterns that were healed, but you get the idea.  The important thing to remember is that no one is a victim.  There are hidden patterns at play in every distressing interaction or event.  We all magnetize to ourselves what we have inside in some fashion.  Most of these patterns remain hidden until stuff happens.  Then we have to do damage control.  It is much more productive to work our stuff routinely and keep our vibration as clean and clear as possible.

As for Alice, she has acknowledged that she needs to sharpen up and pay more attention to her life’s events.  She has been a bit of a hermit at home lately and also feels the need to get out more.   Life’s difficulties come along for a reason, and if we can learn from them and move forward, that is a good thing.
Posted by Carla Fox at 3:58 PM