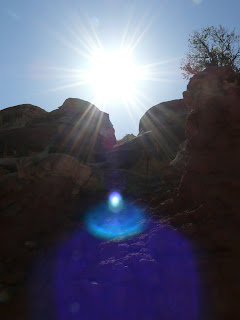 This past Sunday, the early morning hours were again very active in the dreamtime realms for me.  Most likely, it was the influence of the full moon combined with an opportunity to sleep in a little bit later than I normally do.  The energy around me felt so full and busy, and the veils between the worlds felt much thinner, too.  After getting up, I decided to spend some time in meditation, more specifically, cosmic traveling.

The easiest way for me to do this is to sit down in my healing room, put on my Hemi-Sync® Meditation CD, expand my core essence past the 4th dimension and just see what shows up out there.  I also have an exercise in my book “Traversing the Infinite Now” where you can meet and work with your personal guide to take you places.  That can be really fun.

Our physical bodies are 3rd dimensional constructs and must stay here.  Our Luminous Energy Field which encases our etheric, emotional and mental bodies, and our soul are all 4th dimensional constructs and are stuck here being recycled over and over again.  These energy fields cannot completely exit 4 D until we are totally done with this reality.  In spite of that, our consciousness is free to roam wherever it would like to.  It is not constrained by the 4 D matrix.  I think it is very important to journey the cosmos if you have the ability and tools to do so.  We will be out there in our totality at some point, so it is a good idea to get a sense for what is going on beyond our closed little world.

So on this particular morning, I wanted to meet other consciousnesses that were out there just as I was.  Now, I am not talking about making contact with any ET races, or even any of my star families.  The realms beyond 4 D felt so crowded and busy with movement that I just wanted to see what would show up.  After getting into a nice relaxed state with the Hemi-Sync® and expanding out, I simply invited contact with any consciousness that would like to communicate with me.

I soon made contact with a higher dimensional consciousness that had been observing the earth arena.  I do not know where this consciousness came from.  It was androgynous, so I refer to it as “it”.  The communication was telepathic and more of a mind meld, and I could see our planet through its lens so to speak.  Remember that we were looking at the earth’s energy field, not its physical body.  It did not look like the beautiful blue planet as can be seen from outer space.  Instead, it's core was a rusty brown and it was surrounded by an additional rusty brown haze or fog.  Very unpleasant!

Now, keep in mind that the information that I received was this consciousnesses viewpoint, and not necessarily that of any one else.  It said that the earth was a petri dish gone bad.  It had become a toxic soup, was labeled a “red zone” of danger for higher consciousnesses like it.  We were an experiment that had gone bad and out of control.  My impression was that there was no stopping this process and that it would be left to its own conclusion, whatever that might be.  Of course, this was coming from a consciousness that really didn’t want to come any closer to check things out or offer any kind of solution.  Know that we also have many unseen forces assisting at this time, too.

It also gave me/us some advice for 2016.  “Be very cautious.  Play your cards close to the vest.  Weigh all decisions very carefully.  Make decisions that are good for you, good for others and good for the planet.”  Good words to live by!

There you have it.  Take it or leave it.  Just know that you can develop the skills to interact with other consciousnesses in this way, too.  Expand your horizons beyond the 4 D matrix.  Get to know what is out there so that when the time comes, you will be traversing a somewhat familiar territory that exists past the 4 D matrix.