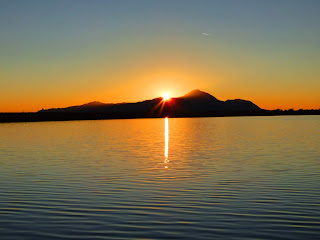 Our launching group met this morning, and as always, we all had some pretty fruitful journeys.  It turned out that everyone had a personal intent today, so the information that each brought back was mainly just for themselves and didn’t necessarily mesh with the group as a whole.

Yesterday, Saturday, I had an unusual occurrence that I wanted to explore during my launching.  Around 2 in the afternoon, I suddenly became nauseous, dizzy and sleepy.  Extremely unusual for me.  I went to bed for about an hour and the symptoms subsided a bit, but were still present by our launch time of 10 AM this morning.  If something like this, or any other sudden physical symptoms come upon you, do some investigating right away.  I knew that it was not something that I had eaten, as my digestion is pretty strong and not prone to upset.  I had also not had any problematic interactions with anyone that day.  Was someone trying to access my energy field?  Again I got a no, or if they were trying this, I was not susceptible to an energy drain of this sort.

After exhausting all possibilities, one would next go to any local catastrophes, then to any worldwide ones.  This might involve massive loss of life, earthquakes or volcanic eruptions, and may not even have happened yet.  Depending on a person’s predisposition, even a small disaster might cause them to have odd body sensations.  There are many out there who are very sensitive to earthquake action even before it occurs.  It may also be that something happens around the world somewhere and no one ever hears about it, so it may be impossible to confirm your body’s messages.  Using a pendulum or another form of muscle testing often helps.

During my launching journey this morning, my intent was to find out what was going on with our planet, assuming that whatever it was was causing my physical symptoms.  I had already exhausted any other cause of the weird symptoms.  Again, there is probably no way of verifying any of this.

After I was launched, I found myself floating above the planet and looking down at the North Pole.  I could see the end of the energetic axis that goes through the earth from the North Pole to South Pole sticking out of the top of the planet a bit.  Attached to the end of this axis was a very thin but twisty thread of electrical energy that was coming from way out in space.  The area of the planet that immediately lit up was Siberia.  There was also a fairly large black zone of energy that was hovering over our entire solar system.

Clearly something was going on energetically with the planet to throw the axis off a bit.  This may be what I was feeling.  There are events that can throw a human off, too, and to me this looks like their etheric body has been knocked to the side and does not match up with their physical form.  Even a little bit of this can cause disorientation and will definitely affect the grounding.  It’s like moving your radio dial from 98.6 to 98.7.  Any radio with a dial can do this even if there is not actually a signal that can be picked up on the next number.  Some people go through life in this condition, and it takes quite a trauma or shock to cause this to happen in the first place.

So what I did during my journey was to track the origin of this thin thread of electrical energy first of all.  It came from a star system very far away.  There were beings there that were experimenting with a new technology and just fooling around with it.  No overt harm intended.  I told them to knock it off and disconnected and dissolved this electrical thread on their end and also then from the North Pole.  My sense was that the pole had been jerked just a hair, which then in turn affected something in Siberia.  Now what the thick black layer hovering above our solar system was, I do not know, but I did my best to dissolve it, and then intended that the planet return to a stabilized state.

What happens to her affects all of us, even though many might not feel any kind of disruption.  Along with intending that our earth be stabilized, I intended that for myself, and felt much better after I returned from my journey.  In general though, I do not recommend mucking around with the earth’s energy field just because you feel like doing so.  I have never been a fan of those who travel the world “fixing” the ley lines or grids that sit on the surface, and often wonder what good that sort of thing does anyway.  Now, certainly one is responsible for one’s own property and it is perfectly fine to do any needed energetic repair work on your own land.  My feeling regarding what I did today was that if I was feeling it in my body, I was being called to do something about it. Still feeling much better as I write this!