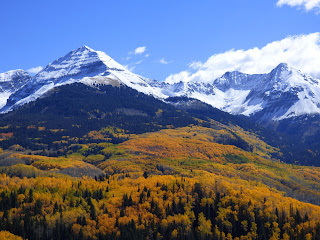 This past weekend in Cortez, I hosted a wonderful group of students doing a basic Quantum Sphere Healing training.  Today, I am back at it with clients after taking a “somewhat” day off yesterday.  I say somewhat because my work continues, even on weekends!  I am also starting to create the energetic container and hold the space for Saturday’s “Tools for Transition” Part 2, “Expanding Your Core Essence” on line workshop.  Coincidentally, George Kavassilas will be teaching his 3 day workshop on “Transcending the Cosmic Matrix” at the same time in Australia.  I expect that the energy that we will both be holding for our groups will enhance and amplify the experience for everyone attending on both sides of the big pond!  If you would like to sign up for my Rise Multiversity workshop, click here.

So here are some interesting concepts that I am trying to put together.  The day before last week’s workshop, I was catching up on my podcasts and happened to hear an interview on Coast to Coast AM with the famous remote viewer Lyn Buchanan.  He had mentioned that he, along with several other remote viewers, had remote viewed the year 2050.  They found that society on the planet at that time was mostly agrarian and that the population had been greatly reduced.  Here’s the kicker.  They found that the earth had been populated by mostly ET/human hybrids.

Now keep in mind that I am not predicting any kind of future here.  Just examining some potential based on other interesting possibilities.  For me, all of the stories about the population being drastically reduced because of an agenda of the elite never made sense.  Supposedly they want to take the strain off of the earth’s resources and return the planet to more of a Garden of Eden state, in other words, their own elitist version of paradise in which the remaining humans would live to serve their every whim.

This does not make sense because our planet could be returned to this state right now through strict birth control measures imposed on third world countries, the introduction of the suppressed alternate energy sources that do not use up the earth’s resources, and a better distribution of the population.  There is literally room for all of us here right now.

What if the human population reduction was to make room for a population of hybrids?  It is well known that the planetary elite have been in league with any number of ET races for many decades.  What if one of their agreements was to foster the introduction of a hybrid race on our planet?  What if this planet’s environment is being terraformed for that purpose through weather modification and the spraying of chemtrails?  What if the underground bases that are being prepared for the elite to live in are there because the new hybrid friendly surface environment will no longer be hospitable to humans?

That brings me to subject of CERN.  Its new startup date was a few weeks ago, but I am not sure that this has happened yet.  There are stories out there that one purpose for the Hadron Collider is to open up a portal that will enable any manner of non-earth beings to just jump through and invade.  More ET’s perhaps?  More hybrids to join the ones that are already here?

I am throwing this information out there to get you thinking.  There are always agendas beneath agendas and more beneath those.  What I have described could be only one future path for humanity but not for all of humanity.  We each have our own destiny, and there are many of those out there, too.  On the other hand, my mind works in some twisted ways sometimes, and I can be very entertained by what shows up there.  Take this with a grain of salt, do not believe it at all, or delve into it further.  Or also be entertained!