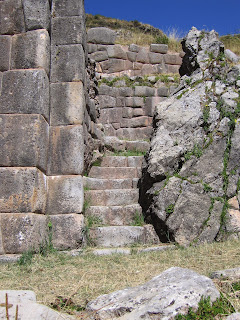 It’s been such a strange week energetically that I decided to put off the next black sheep post and write about my take on what’s happening.  Maybe some of you have been feeling what I have been feeling and what I am going to write will make some sense to you.

All week I’ve been feeling disjointed, disconnected and a bit sluggish energetically.  Like a bear going into hibernation.  Not like me at all.  At first I attributed this to the 24 hour travel delay I had in Denver coming back from Thanksgiving holiday in Indiana.  There's nothing like setting back your schedule by a day to throw the whole week off.   These feelings persisted even after I had gotten caught up and back into some sort of a routine.  I then thought it was the onslaught of some cold and cloudy wintry weather that was at cause, but no again.

Yesterday I went over to Kaleidoscope in Mancos for a float.  Getting into an altered state in a sensory deprivation tank is always a good way to get guidance on any issue.  Here’s the scoop.

We, and by this I mean humanity on this planet and perhaps consciousnesses beyond this arena, recently took a big step up in vibration.  There is a good possibility that this happened on the Sunday after Thanksgiving.   Normally, our evolutionary process glides at a steady upwards rate, sometimes faster, sometimes slower and at different angles of steepness.  There are also plateaus of energy where we rest for a bit before forging onwards.  It is possible to take a downturn for a bit, too.

When I say taking a step up, it was literally like taking the first step up a flight of stairs, not like going up a ramp as it usually is.  The odd feelings that I was having were due to the fact that my physical body was having a hard time catching up to the energetic shift.  That made perfect sense to me.

I then asked that my higher aspects come in to shift the physicality to match the new energetic.  I did my best to tap into any heavy energy that I was holding on to so that it too could be released.  A big hot flash and burst of anger came out with the help of some deep breathing.  It was my distinct impression that a new energetic grid of some sort was eventually installed into my energy field.  By the time this was all over, I felt more expanded in my physical body, as if there was more space between the atoms.

When my hour and a half in the tank was up, I felt as if I had had a real workout.  Not the typical outcome of deep relaxation and serenity that is usually experienced!  I do not know if this step up was caused by some strong solar activity, or if the source is coming from farther out in our galaxy.  This is a clue as to how the energy will be running for 2014, too.  It is my sense that we will be taking more of these big steps up in vibration, and that it may be a struggle for some to integrate repeatedly each time this happens, especially for the physical body.

I am feeling much more put together now and I leave it up to each of you to determine whether this recent energetic event has had an effect on your life.  Keep in mind that if you lead a life of busyness and distraction, you may easily miss these subtle shifts.  Pay attention to your body’s signals, as the physical will definitely react to any change that it cannot keep up with.