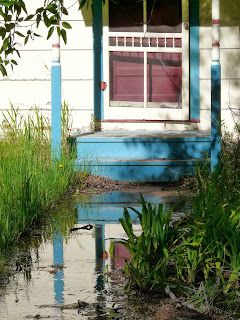 Several weeks ago on the popular nighttime talk show Coast to Coast AM, the guest was a woman named Evelyn Paglini, a lifelong practitioner of natural magic.  She covered many topics, but what interested me the most was her method for smudging a house to clear negative energy.  Just last week I had given this task to a client to do on his own house as part of his homework.   He has been suffering from some severe fatigue which seemed to be worse in the morning when he got up.  I tracked a dark vortex of energy below the house which could be causing the negative effects.  Smudging would probably not remove the vortex, but would be a first step in cleaning up the house.

This gets me back to Evelyn Paglini.  During her interview she gave a very detailed method of smudging houses.  Here it is.  Open the doors to all rooms, closets, and cabinets inside the house.  Drawers, too.  CLOSE all windows and doors leading to the outside.  Leave a window at the back of the house open about 8 inches.  Using a smoldering smudge stick of white sage, start smudging from the front of the house to the back, "pushing" the negative energy ahead of you.  As you approach the back of your house, you may feel some physical sensations as the energy makes an attempt to resist.  Keep on pushing back with the smoke from the smudge stick.  Eventually you will push and guide the energy out the open window.  As soon as you are done, close the window.

This may need to be done several times as needed, but is a good general remedy for removing heavy energy from a house. As far as my client goes, some remote healing work on his house may be in order when we meet again.   Smudging a house clears the energy and will chase out any entities that have taken up residence there.  More complicated energy patterns such as vortexes, portals, lack of grounding or internal disconnects need healing, not just clearing.