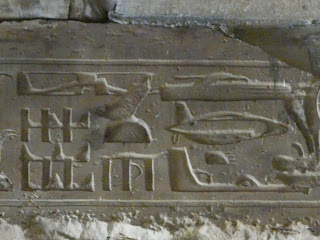 Just a while ago, I experienced a phenomenon that shows up every once in a while in the area where I live in SW Colorado.  I had just stepped out of my house to take a walk after being stuck inside for 5 cloudy days of rain and snow when I heard it.  The loud drone of a helicopter.  It wasn’t just one of any kind of helicopter. There were 2 black ops choppers flying low over my house.  For anyone who is unfamiliar with these, they are, I assume, military, all black and without any markings on them whatsoever.  Very creepy.

The closest military bases to Cortez are in northern New Mexico.  We also have here many thousands of acres of BLM, National Forest, and National Park land in addition to the Ute Mountain Ute and Navajo Indian Reservations, so a secret base could be anywhere.  I find it hard to believe that these helicopters would fly here from far away just to cruise the neighborhood!

Over a year ago, I was hiking on a trail west of town in the canyon lands when I heard that same ominous sound heading towards me.  The black helicopter appeared, flying very loud and low, hovered for a bit, and then turned to go back up the trail and out of sight.  Whew!!!

A few minutes later, it returned.  EEEEK!!!  I went to stand under one of the few trees on this particular trail as I wasn’t feeling too comfortable at this point.  The helicopter came back around, stopped and hovered over the deeper part of the canyon.  It was parallel to my line of sight and very close, close enough for me to see the pilot.  As you can imagine, I was working out an escape plan in my mind just in case it landed and nabbed me.

Apparently, that was not the plan, and after a few minutes it flew down trail towards the parking lot, perhaps to photograph all of the license plates on the cars of the hikers on the trail that day.  At least in my mind that was what came up. I continued up the trail only to run into two guys who had also been examined by the helicopter before it came back around to me.  What this was all about, I haven’t a clue.

A week after this incident, I saw 3 of these black ops helicopters flying slowly in formation right over Cortez, coming from the southwest and Ute Mountain and going to the northeast and the BLM and National Forest lands.  What they are doing here, we may never know.  Is this going on in other areas of the country?  Probably so.  Does this creep you out, too?