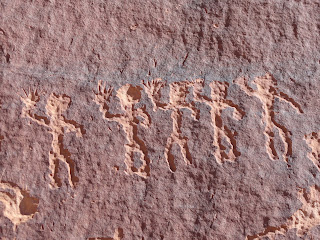 Ever since our launch on October 6th, I have been headachy off and on.  That is very unusual for me as I very rarely get headaches.  A few days ago I finally decided to track what was going on.  I really should have done it sooner, but you know how that goes!

It was a beautiful sunny day here, so I decided to track the issue during a walk near my house.  It is so easy to get into an altered state of consciousness with a steady pace while walking.  With the specific theme of the cause of the headaches in mind, I just let my mind flow with whatever came up.  I did feel as if my head was being compressed from the top downwards, and I also detected a structure like an overturned colander floating a few inches above my head.

This is the information that flowed in with my stream of consciousness.  The structure around my head was connected to the synthetic matrix belief systems located in the mass consciousness of humanity on this planet.  These artificially implanted beliefs were designed to keep us stuck in the old and preprogrammed ways of dealing with all of the systems that are currently in place here, such as financial, governmental, medical, religious and societal to name a few.  In other words, they are designed to control us and prevent us from going beyond those rote beliefs to find creative solutions to the current problems that are facing humanity.

If the solutions that we are programmed into using remain in place, then the outcomes can be controlled by those who installed that programming in the first place.  It’s the old problem/reaction/solution ploy.  Those who wish to have a desired outcome will cause a problem that gets a predicted reaction.  Then the preplanned solution will be delivered that will solve the problem and steer the outcome to a desired result.

The problem is that the old system will no longer work for us if we wish to evolve and thrive.  Creative solutions for us will not be found within the synthetic matrix programming that has been installed into the mass consciousness.  It is time for us to move beyond that programming to the higher spiritual realms for answers.

After I got home, I sat down and did a Quantum Sphere Healing session on myself.  The colander above my head was removed, and many of the plug-ins into the synthetic mass consciousness structure were disconnected, much like pulling the cords out of an old fashioned switch board.  Each cord had a plug on my brain’s end and another one in the structure of the mass consciousness.  Deep inside my head was a red ball about the size of a ping pong ball.  Its energy read as “you want to be controlled, you need to be controlled, and you don’t know what to do or where to go”.  That got dissolved during the healing process, too!  Yeah!!!  I definitely didn’t agree with what its energy was telling me.

My Higher Self then entered the scene and starting absorbing all of my aspects that were stuck in artificial belief systems in the consciousness matrix.  There were quite a lot of these aspects and I would imagine that this is the case for everyone.  Aspects of ourselves are stuck in many weird alternate realities that we have no knowledge of, and all of them appear to be synthetic.

From my viewpoint, the mass consciousness structure looks like a thick layer that surrounds the earth completely and also floats high above the earth’s surface.   There are connectors going from our brains into this structure.  These connectors were what was being released from my own brain.  At a certain point in this whole process, a hole in the structure started to open up right above my head.  An escape hatch!!!  I was shown the way to reach beyond the mass consciousness structure to access the higher knowledge that I and everyone else has a right to connect with instead.  I was told that we all have the tools, the raw materials, and the skills to create an organic future for ourselves free from interference from those who wish to control us.

By no means was this process completed in its totality for me that day.  My sense is that it will be an ongoing and gradual process.  I am sure, though, that if enough people start to unhook themselves from this level of matrix programming it will cease to have power over us and we will continue on our path to true freedom.  I have been waiting for a while for the next level of detaching from the matrix to show up, and I think this is it.  It follows the removal of the chakra system, kundalini, pineal programming (the pineal clearing seems to take a while to complete), and the dissolving of the skin of the Luminous Energy Field.  Since we are the microcosm of Mother Earth’s macrocosm, she either is or will be doing this, too.  We will all be freeing ourselves together.