The Dark Side of Reiki 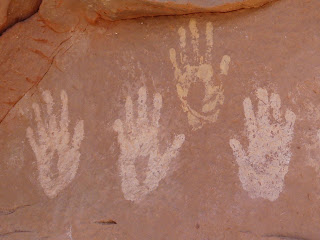 I have been having a back and forth e-mail exchange with a friend about the practice of Reiki and decided to sum up the whole discussion in this post.  Pardon me ahead of time if I offend anyone with my opinions on the subject.  I know that Reiki is near and dear to many, either as practitioners making a living with it or as teachers training others.  What I write is gleaned from 20 years of personal experience and also from information received from other sources.

About 20 years ago when I embarked on my healing career, I decided that becoming certified as a Reiki practitioner was a good first step.  I was trained in Reiki I and II in Evanston, Illinois, and I have to say that the whole process didn’t sit well with me right off the bat.  At first I just assumed that it was the strange instructor or the other people in the class, and ended up not using it much at all.  I had a certificate that I hung on the wall, so at least I had some sort of credential that showed I was a “healer”.

A few months after that, I attended my first class taught by Robert Jaffe of the Energy Mastery School of Sedona, Arizona (now defunct).  He is an extremely clairvoyant individual, and explained that the Reiki energy that is channeled into people actually has a light stream and a dark stream.  The original energy might have been all unified light, but at some point, someone tried to amplify it using a mirror, and the stream split into light and dark.  This may also be a metaphor for when the original energy came into the 4th dimension and became polarized.  He checked those who were Reiki practitioners to see if the dark stream had imbedded itself in them.  To do this, he clairvoyantly looked into their eyes, and if he saw a black lightning bolt there, they had it.  Well, I did, and I went through my own process to successfully remove the Reiki stream from my body while I was at the class.

Needless to say, I didn’t allow anyone to use Reiki on me after that.  There was an incident in Montana around 2001when a massage therapist used Reiki on me at the end of the session without telling me or getting my permission.  I was on my stomach, and I just knew what was happening as she channeled that energy.  I could feel the dark stream entering me.  Of course, I dumped it immediately.  Not getting permission has always been one of my complaints about the practice.

Fast forward to a few years ago when I started listening to George Kavassilas’ radio interviews.  He and his wife had taken a course from an aboriginal trained healer in Australia that involved tracking and removing any entities that were attached to a person’s energy field.  These entities could be picked up through several sources including genetically inherited, received through taking in addictive substances, or through participating in ceremonies or initiations from one of your past lives or inherited from an ancestor.  One man in the class even picked up an entity on a recent trip to John of God in Brazil.  George mentioned that he had been previously certified as a Reiki practitioner and that the Reiki entity was found and removed from him at the workshop.

At that point, I started offering a Reiki entity removal service to clients.  It was never hard to find the entity and remove it, but what surprised me was that I also could see the attunement symbols etched on the skin of the client’s Luminous Energy Field like tattoos or brands.  There were more of them than what I recall from my class in 1993.  So those were removed during the healing session, too.  In my book, those signify the markings of ownership.

Just a few weeks ago, a friend of mine said that he had been tracked by a person who was interested in finding the origin of the stream of energy that was coming in while my friend was giving Reiki to a client.  That stream was followed back to Saturn.  Now if you have been following George K, he says that the microcosm representation of the godhead (Yahweh) of the synthetic universe resides on Saturn.  I would surmise that all of the practitioners that use Reiki on people are acting as unwitting intermediaries for this being.  This is not a unique situation to Reiki.   Off planet beings often use unwitting (or very conscious) humans in this capacity. This may be the John of God situation, too.  John refers to the discarnate doctors that work through him as entities, although perhaps not in the same way that I am referring to them.

So there it is in a nutshell.  On the positive side, I know that many have derived great benefit from having Reiki treatments.  If the practitioner is channeling a stream that is of a higher vibration than the client, even with the polarity of the dark and light, the client will most likely benefit.  If the client is of a higher vibration than the Reiki stream, they will feel the dark part of the stream and may have a negative reaction.  If the practitioner has done their personal work, their Reiki channeling may be of a better quality than another practitioner, as it has to come through their own filters to the client.  As far as I can tell, there is no way for the practitioner to filter out the dark stream and only channel the light one.  This light stream is not even unified light.  It is the polarized opposite of the 4th dimensional dark.   I have also never seen the tattoos of the attunement symbols on a client who has had Reiki treatments but was not a practitioner.  These are clearly installed through the Reiki initiation process.

I am presenting this information as an aide to your awakening.  Take what resonates with you and put the rest on the back shelf for now.  As we become self realized and self actualized beings, this kind of information will be helpful.