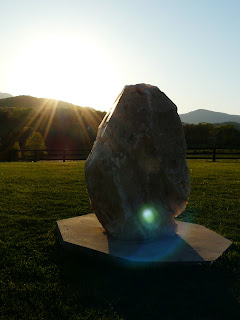 I am getting ready to leave on Friday for my next class at the Monroe Institute, and thought that doing a float over at Kaleidoscope in the neighboring town of Mancos would be a good idea to help me get into the mood of all of the altered states of consciousness work that I will be doing in class at TMI.

After getting in the tank and settling in, I always start by expanding my core essence.  It’s nice to have an intent, too.  I called in my Higher Self, my Beloved, and spent a few moments communing with that aspect of myself.  I then asked the question, “Why is it impossible for people to get along?  Why is humanity destined to be divided?  Why is there so much war?”  These questions were on my mind because of the Syria dilemma and debate that is currently going on.

In a nutshell, what I was told is that we were genetically designed to be this way, to see more of the differences than the commonalities among us.  Now, this can be as a result of dropping down from the unified 5th dimension to the polarized 4th dimension.  In 4D, everyone has the hidden or shadow aspects of themselves that manifest in a variety of ways in our lives.  Instead of honoring each for their differences, we see a lot of accusing, attacking, finger pointing, shame, blame, and projections being tossed about.  This serves to keep us divided as a species, just as we are each internally divided.

There also seems to be an agenda at work here.  The “powers that be” are invested in keeping this whole planetary drama going.  A humanity divided is easier to control and hoodwink if our energies are focused elsewhere on some other diversion, big or small.  We came here with our shadow aspects, which are major tools for our evolution and healing, and even this tool has been manipulated to fit someone else's agenda.

So, I asked, “What is the remedy for this situation?”  Here’s the nugget.  My Higher Self showed me a planet of people walking around with their core essence visibly glowing in their chests.  It looked like billions of fireflies on legs!  The trick is to make the effort to resonate core essence to core essence with the other person instead of acting out according to the triggers and agendas of 4D.  Certainly, we would recognize the issues that the other person is still carrying, but choose to honor those issues and then resonate with their core instead.  If we are united in this new mode, the powers that be, whoever they are, will not win out.  For myself, I plan on giving this new mode a valiant effort as I embark on my next TMI adventure in a few days.

After getting that information, I just relaxed into the gentle darkness of the tank.  The float normally lasts 1 ½ hour.  Celeste sets a timer, and when the time is up, she gently knocks on the door and turns on a light at the end of the room that can be seen inside the tank.  In most cases, this is enough to let the floater know that it is time to get out.  Apparently, I was so far out there that I totally missed the signal to get out.  I caught it the second time that Celeste knocked, but that was at least 15 minutes later.  It took quite a bit to get myself back to myself at that point.  After I showered and went up to her desk, something told me to ask if she had to come a second time to knock.  That tells me that on some level, I knew.  I was also pretty sure that I had not fallen asleep, but may have been having some sort of out of body event.

This whole episode was a first for me, although not a first at Kaleidoscope.  After Celeste shared some float tank stories with me, I carefully drove the 18 highway miles home still a bit dopey.  Eating something helped.  I can only assume that I was being prepped energetically for my time at TMI.  It will be quite an adventure.  You will not hear from me until at least the 15th or later, but there will be much to write about when I get back to the blog.