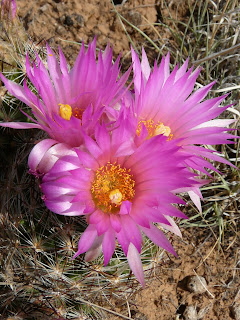 Yesterday I went over to our neighboring town of Mancos and did a float session in a sensory deprivation tank at a facility called Kaleidoscope Wellness.  This is something I indulge in every month or so during the warmer months.  The float session takes about 90 minutes. Not only is it very relaxing and good for the body, but it also puts one into an altered state of consciousness.  If you live in the Mancos/Cortez area, I highly recommend giving it a try.

It usually takes a bit of time to get really relaxed once I am in the tank.  At that point, I just wait to see what comes up either as information that my guidance is sending to me or any insights into something that I need to pay attention to or process.  Sometimes I just zone out.  Yesterday I think that I fell asleep for a short bit, as I found myself snorting myself awake at one point.  We’ve all had that experience!  Not to worry, as I don’t think it is possible to drown in the tank for a variety of reasons.

One can also set a specific intent for the session.  After the preliminaries were over, I asked my Higher Self what it would feel like to be merged with her in the 5th Dimension, in other words, in the fully ascended state.

The first thing that was shown to me was what it would feel like leading up to that state.  I’d like to call this “the big squeeze” as it is what we are going through right now with the compression and acceleration.  There will be physical symptoms to some extent just before the transition which will depend on each individual’s levels of clarity and vibration.  I have never had a near death experience, but the physical sensations I was shown would probably feel like dying.  A lot of squeezing of the chest and difficulty breathing before the energy field detaches from the physical body and one pops through to the other side.

Once on the other side of the great barrier that exists between the 4th and 5th dimensions, the merge with one’s Higher Self will occur.  So what does this feel like?  I found myself in a space of total neutrality, calmness and peace.  I have to make it clear that this is like the floaty no mind state that most people achieve in the float tank, but it is also very different in many respects.

Our Higher Selves exist in a realm where there is no time and space as we understand it, and polarity is nonexistent there.  There are no issues, opinions, desires, goals, illnesses, dramas, dissatisfactions or attachments to name a few.  There is no right or wrong, and just being is all one has to do.  For now, I will just call this the neutral zone.

So I started contemplating on how one can achieve this while still focused in the 3rd and 4th dimensions, as we all are.  The key is to examine every polarity that you are involved in and resolve the back and forth of each issue. The center point is the goal here, as once the positive and negatives have been resolved and one is in a neutral place in regard to that particular issue, true transcendence is achieved.  Instead of going back and forth, one rises above.  This is very similar to how one transcends the toxic triangle.

I spent the rest of my float feeling the feeling of being in the neutral zone.  This is more than a mental understanding, as the cellular memory of the body needs to get it, too.  That way, you will know when you are in the zone and neutral or out of the zone when there is something out of balance that needs to be addressed.  To top off my afternoon, after the float I paid a visit to a nature preserve south of Cortez where I photographed a very special cactus that was in bloom and then had a Heath Bar Blizzard at the Dairy Queen.  Wow!!!!