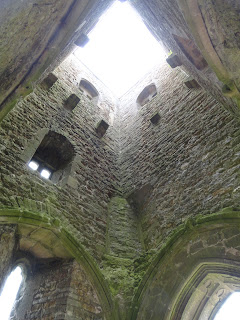 I was having lunch with a friend yesterday, and he told me that he had been sensing a lot of disturbed emotional flows in the energy around him for the past week or so.   He wanted to know if I had noticed anything similar.  I said that I hadn’t and that life was pretty calm and balanced.  Right away, I said that it must be because he still had his chakras.  Chakras are designed to funnel programming from the synthetic realities into the human energy field to keep people weighed down with heavy emotions and drama.   In my shamanic training, we were also taught that they are gravity wells that collect heavy energy, although that teaching only referred to retaining one’s own heavy energy that was generated by one’s own patterning and traumas, not heavy energy being sent our way from an external source.  Please refer to the chakra removal post for information on how to do this.

My friend, who does a fair bit of astrology, proceeded to talk about some planetary alignments in water signs that have been affecting the planet, and that may be why emotions were running stronger now.  I have pretty much released astrology as a belief system for myself, and did not get into that discussion with him.  Ever since I came to the realization that astrology is part organic and part synthetic, it has lost its relevance in my life. The last two Mercury retrogrades were non events, whereas before my epiphany, these several times a year events were negatively anticipated and analyzed afterwards to determine how disruptive they really were.

My point here is, do we have a reaction according to what we believe will happen, or does something happen and then we form our belief.  Depending on the circumstances, it can be either.  I am more interested in the beliefs imposed on us that do not allow for our own inner knowingness to take precedence. Check everything out with your inner radar system.  Take nothing for granted.  Matrix programming beliefs in the negative polarity will be restricting, controlling, disempowering and will not allow for that inner guidance to help direct you.

There is a positive polarity to the matrix programming, too.  I guess the best way to put that is if it seems too good to be true, it probably is.  We are used to so much negativity and struggle in our world that we would be more than happy to grab onto any life raft sent our way without checking it out first.  Remember that we are dealing with polarity here.  The negative and the positive are all a part of the same issue.  The goal is to transcend that issue, and in this case, we are transcending the synthetic programming.

Just ignoring it may not do the trick either.  My sense is that to transcend it, we need to engage it and understand it first.  What relevance does any belief system have for you personally?  Where did that belief come from?  Look at it with a clear eye and go within for your guidance.  Once you do that, you will find that the belief will be easy to let go of.