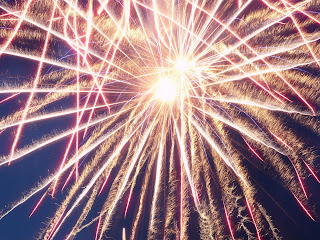 Just as all planets and stars are conscious beings, so too is our Milky Way Galaxy.  She is the mother who has overseen the birthing of all life that exists within her boundaries.  This has taken billions of years, and the life and death cycle of stars and planets continues to this day.  She was named for the milky look of the cosmic gasses and particles that can be seen at night, but I have also experienced the “mother’s milk” that she has to offer to all.

Her companion galaxy is Andromeda, which is the closest galaxy to ours.  Even though Andromeda is a female name, this galaxy is embodied by a male consciousness.  Out of curiosity a few months ago, I journeyed to meet this being, and encountered a very strong masculine energy who told me his name was Andros.  It was so nice to meet this pure manly spirit!

Andros showed me the energy flow that goes back and forth between himself and his feminine counterpart, the Milky Way.  Not only are these many streamers of connecting energy creating a link of energetic communication between the two great beings, they are very slowly drawing them together as well.  At some point billions of years into the future, they will consummate their relationship by merging into a completely new creation.  What a very long courtship this is, although from their perspective, it may not be that long at all.

According to scientists, our Milky Way Galaxy has a super massive black hole at her center.  We have all seen the science fiction movies where the space ship gets too close to this black hole and gets sucked in.  The theory is that matter gets sucked in, and who knows where it ends up after that.  What we as cosmic voyagers are really interested in is the higher dimensional structure here.  Instead of a 3rd dimensional black hole, we have a stargate or portal in that location.  If you travel into this stargate, you will find yourself in a vast space that is a transition zone of sorts.  There is a lot going on here.  For example,  I have encountered large ethereal beings who call themselves the Time Lords.  Their job is to hold the structure of time in place.  Interestingly enough, the last few times I have encountered them, they seem to be dissolving from the bottom up.  Does this mean that we are moving into a time of no time?

One more observation of note here.  I had always assumed that as we re-member, experience and create in the Earth arena, that we would be gathering all of these experiences and taking them back to source with us.  When my consciousness went through the stargate at the center of the Milky Way Galaxy just to see where I would end up, I found that I had been scrubbed clean of all of that information.  I did not take it with me, and was as light as a feather ready to start a new journey fresh.  So where did all of my valuable re-membering go?  My sense is that there is a conduit of sorts that is designed to send the information up line to a greater consciousness, but that we do not have to carry it there personally.  We are then free to embark on our next adventure.
Posted by Carla Fox at 9:15 PM